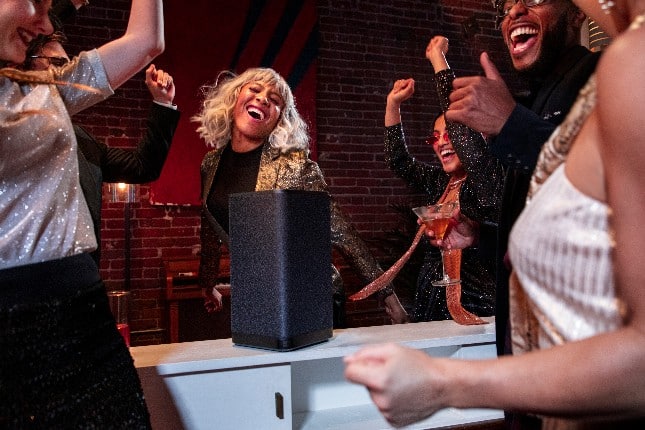 Bluetooth speakers have largely replaced giant stereo systems in people's homes -- all you need to do is connect your smartphone and stream music to it. It is inexpensive, easy, and -- depending on the speaker -- sounds great. Long gone are the days of CD players, receivers, and giant floor speakers.

Ultimate Ears has long been making some of the best Bluetooth speakers on the market. Its offerings are loud, rugged, and most importantly, offer superior sound quality. Today, the company announces its newest such speaker. Called "HYPERBOOM," the large wireless speaker has an impressive 24 hours of battery life and an insane 150 feet of range. Ultimate Ears promises tons of volume and bass.

Surprisingly, it also has something unique for a Bluetooth speaker -- an optical input. Diverging from prior Ultimate Ears speaker designs, it is more boxy than cylindrical too. Best of all, not only can you link two of the HYPERBOOM speakers together, but you can link it to other "Boom" speakers, such as the BOOM and MEGABOOM.

"Today, Ultimate Ears expands its award-winning lineup of portable Bluetooth speakers with Ultimate Ears HYPERBOOM, the brand’s loudest and bassiest speaker yet, rocking triple the loudness and more than six times the bass of MEGABOOM 3. This new speaker needs no hype; HYPERBOOM keeps any party going with its booming bass, a wide dynamic range that brings your music to life, rendering every note in rich detail, and a rechargeable 24-hour battery," says Ultimate Ears.

The company further says, "HYPERBOOM also supports four input sources -- two Bluetooth, one 3.5mm auxiliary and one optical audio -- so you and your friends can play music from your phones, laptop or gaming console, and easily switch between them with just the press of a button. Need to move the fun from the living room to the backyard? Indoors or outdoors, the adaptive EQ on HYPERBOOM reads the environment and automatically adjusts the sound to fill any space."

With HYPERBOOM, we’re taking our signature Ultimate Ears sound and making it bigger and louder than ever to get whole rooms of people on their feet dancing. Starting with beautifully rich sound, thumping bass and phenomenal dynamic range at any level, we added party-ready features like easy music sharing, adaptive EQ and up to 24 hours of battery life so you can rock any party, in any room, and have the perfect soundtrack playing throughout the night. 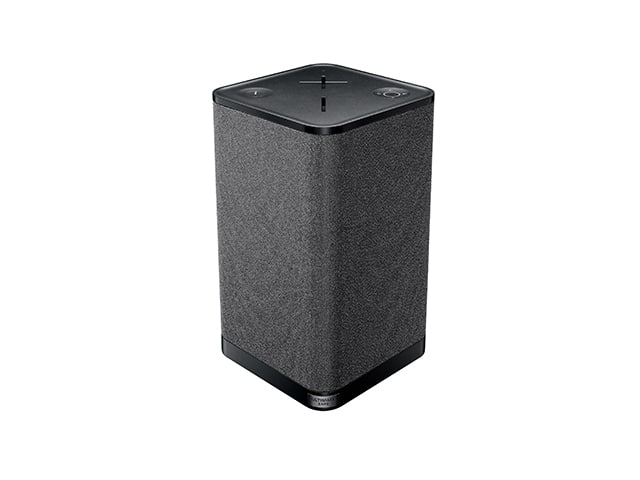 The Ultimate Ears HYPERBOOM can be pre-ordered here now, but it won't begin shipping until March. The asking price is a bit high at $399.99, but when it comes to audio, you get what you pay for, folks. While I have yet to hear or try the HYPERBOOM, I have total confidence that it will be an exceptional speaker. After all, historically, the company’s products have been great.