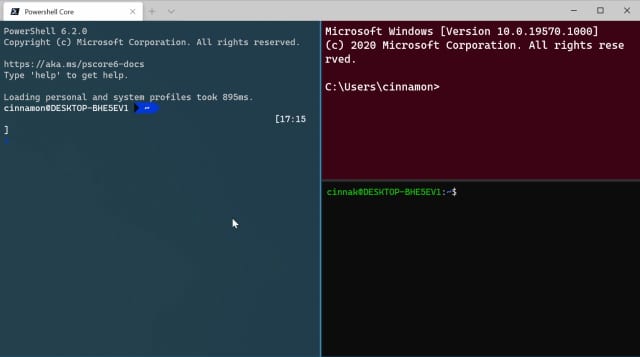 Last month we saw Microsoft releasing the "feature-complete" Windows Terminal Preview v0.9, and now the company has pushed out v0.10.

Although Microsoft said that the previous version was "the last version of the Terminal that will include new features before the v1 release", this update introduces two new ones. First up is mouse input support in Windows Subsystem for Linux (WSL) applications.

Mouse input support is also available in Windows applications that use virtual terminal (VT) input. Microsoft says that: "This means applications such as tmux and Midnight Commander will recognize when you click on items in the Terminal window! If an application is in mouse mode, you can hold down shift to make a selection instead of sending VT input".

There is also a new Duplicate Pane option which makes it possible to open a new pane with a duplicate profile of the currently in-focus pane.

This preview release includes a number of bug fixes as well: