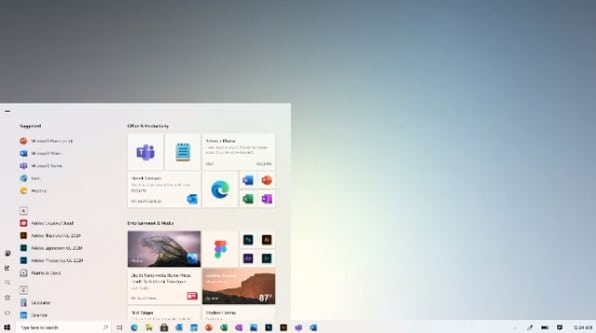 Microsoft recently announced that Windows 10 had hit the milestone of running on a billion devices. To mark this, the operating system team created a celebratory video. What's interesting about this video is the fact that it gives us a glimpse of new features coming to Windows 10, as well as changes to the UI.

We've already had a hint of the direction Microsoft is going in aesthetically with the roll-out of new icons, but this new video also shows off the redesigned Start menu, wider adoption of Fluid UI, and an updated version of File Explorer

The video was shared on Instagram by Microsoft's chief product officer, Panos Panay. While it is fairly low resolution thanks to being shared on the social video-sharing site, and it is also quite fast-paced, we still get a tantalizing teaser of what Microsoft has planned for Windows 10.

Check out the video below:

Live Tiles are fair less prominent in the new Start menu which has been given a much cleaner look. There is a sense of minimalism with the expansion of Fluid UI, which has now spread to context menus, and the new File Explorer design is likely to prove a hit with fans of a cleaner, clear look.