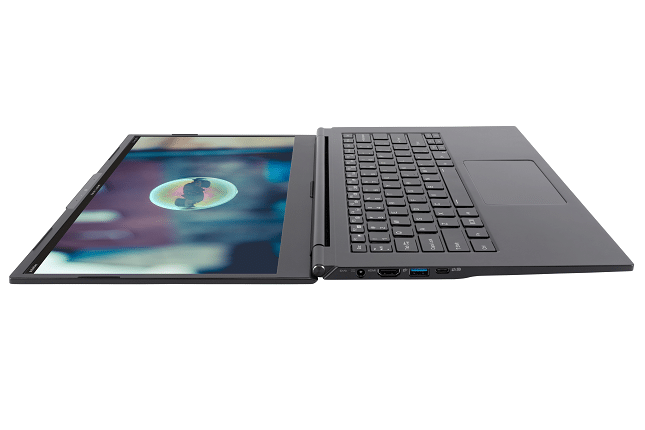 System76 sells a lot of different types of computers, including desktops, laptops, and servers -- all come pre-loaded with either Ubuntu or the Ubuntu-based Pop!_OS Linux distributions. While the company's hand-crafted Thelio desktops are probably its most exciting machines, the majority of consumers are probably better served by a laptop. Let's be honest, while hardcore power users and gamers will certainly want a desktop, notebooks are more functional for the average computer user, as it allows them to easily work in different locations.

With all of that said, System76 has several laptop models, ranging from under $1,000 for, say, the fairly basic "Galago Pro," to well over $2,000 for the high-end "Adder WS" portable workstation. In other words, there are many models to meet the needs of many -- including both budget and power perspectives.

Despite all of System76's laptop models, there is one line in particular that is beloved by many people around the world -- Lemur. Yes, the company's Lemur line of notebooks are very well regarded for their balanced performance, durability, and affordability. The Lemur laptops aren't the prettiest, nor are they the thinnest. Some people may even say they are a bit too "plasticky." But gosh darn it, they are reliable as heck. They are great "workhorse" computers, if you will.

Today, the company announces its latest in the line. Called "Lemur Pro," it comes with 10th generation Intel Core processors by default. Best of all, System76 promises exceptional battery life.

"The Lemur Pro is our lightest, longest-lasting laptop. Get all-day battery life from this ultra portable 2.2-pound machine. And with a 180-degree hinge, typing with your nose has never been easier. Starting at $1099, this powerful laptop can be configured with up to the Intel Core i7 CPU, 40GB of RAM, and 4TB of NVMe storage," says System76.

The Linux computer maker/seller shares specifications of the new Lemur Pro below.

The System76 Lemur Pro will start at $1,099 for a base configuration with the Intel Core i5 chip. If you want the Core i7, or to choose other top specifications, the price will only go up from there. Unfortunately, you cannot buy the computer today. Instead, System76 says you must wait until April. If you are interested in buying one, you can sign up for email alerts here, so you will be notified once it officially goes on sale.