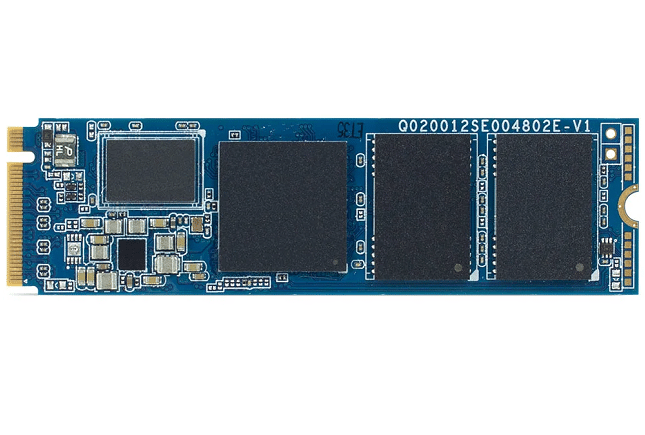 Other World Computing (also known as OWC) is a very Apple-centric company. Its products are typically designed for Mac computers, such as the iMac, Mac Pro, and MacBook to name a few. Hell, the company's website is MacSales.com -- what does that tell you? Despite primarily focusing on Apple products, its offerings aren't exclusive to Mac. Many of its storage, memory, and docking products are compatible with Windows and Linux computers too.

OWC's latest storage product is sure to be cross-platform, as it is merely a solid state drive. The SSD is a very fast M.2 PCIe 3.0 x4 NVMe variant, but that isn't what makes it so exciting. Actually, it is the capacity -- an insane 4TB! And yes, as you can expect, the 4TB Aura P12 M.2 NVMe SSD (S3DN3P2T40) is quite expensive.

"The Aura P12 SSDs give users the freedom to dramatically up their game, utilizing 3D NAND flash memory and security features including TCG Opal and TCG Pyrite. These SSDs are engineered to give users the best and longest working life, with read speeds up to 3400MB/s and write speeds up to 3000MB/s, a perfect blend for media-heavy projects, on-location downloads and faster previews, renders and processing in audio and VFX programs," says OWC.

Larry O'Connor, Founder and CEO, explains, "Our SSDs have traditionally been a knockout with professionals and prosumers across industries, especially those who have a truly demanding workflow in rugged environments or studio spaces. We are very excited to be the first to offer this 4TB Aura P12 SSD to expand our Envoy Pro EX, ThunderBlade and Accelsior 4M2 line-ups. We know that users will get the highest performance they’ve ever experienced and can continue to count on OWC for superior reliability." 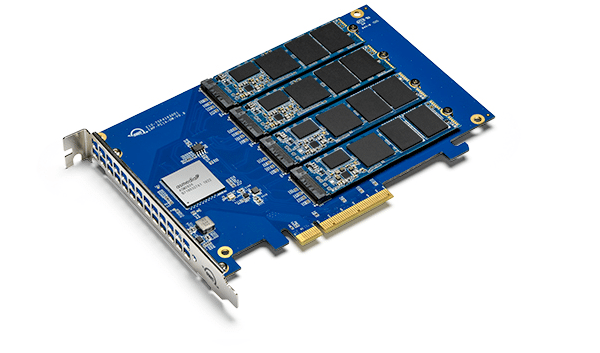 In addition, the company will be offering this 4TB stick in some of its other products. For instance, the 16TB Accelsior 4M2 (seen above), which contains four of these drives in RAID 0 to achieve speeds of 6000MB/s, can be had here for "only" $4,799.95.