Wunderlist is (almost) dead, long live Zenkit To Do! 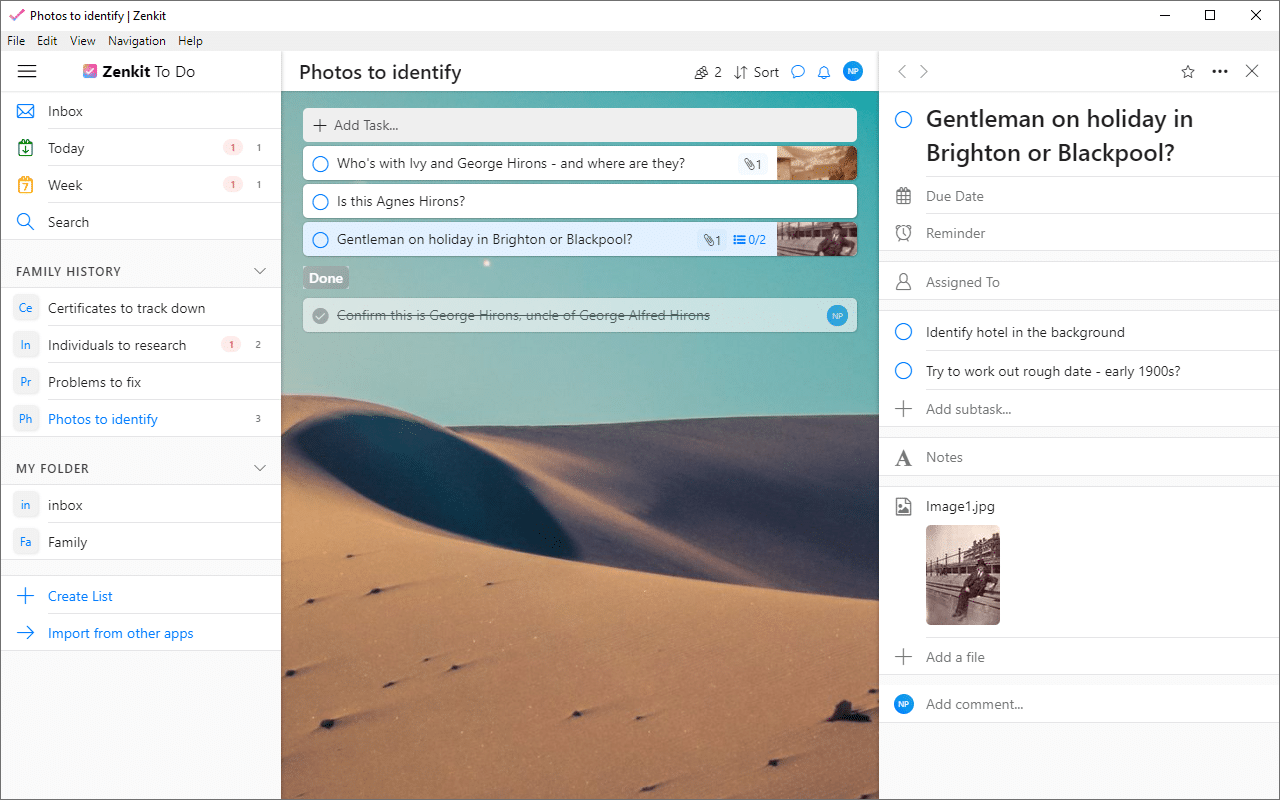 The end of Wunderlist is nigh: from tomorrow, Microsoft will finally kill the brilliant task-management app in favor of its own Microsoft To Do application, which while introducing many of Wunderlist’s features has retained a distinct identity of its own.

If you’ve tried To Do and not liked it, then here’s the good news: you don’t need to put up with Microsoft’s replacement. Thanks to the good folks at Zenkit, an app exists that succeeds in retaining the Wunderlist look, feel and core feature set. That app is Zenkit To Do, and if you’re quick, you can transfer your data directly to it from Wunderlist.

You can access Zenkit To Do through all major platforms -- in addition to the desktop tools for Windows, Mac and Linux, you’ll find apps for Android and iOS, while you can also access the service through your web browser.

After signing up and logging in, use the 'Import from other apps' option in the left-hand pane to link to your existing Wunderlist account, then choose what you want to bring across -- aside from the handy 'Select all' option, be sure to flick the 'Save Space' switch to off by clicking it to ensure completed tasks come across too.

From tomorrow, Wunderlist will no longer sync accounts, but users will be able to transfer across to Microsoft To Do until the end of June. We’re not sure whether this grace period will extend to Zenkit To Do as well (but there’s no harm in trying) -- if it doesn’t work, import your data into Microsoft To Do for now, and Zenkit promises to have an import option from Microsoft To Do up and running "very soon".

A series of paid-for tiers starting from $4/mo per user not only lift these limits but unlock additional functionality in the form of add-ons. Recent examples include the ability to generate lists from emails, specific list backgrounds and more.

Ultimately, Zenkit To Do will live or fall by how closely it manages to ape Wunderlist, and the omens are very good so far -- it's practically perfect. Some features remain to be ported across -- keep an eye on what works and what doesn’t here -- but in return you gain features not found in Wunderlist, including support for rich text, HTML and markdown formatting and 2FA security for extra protection for your accounts.