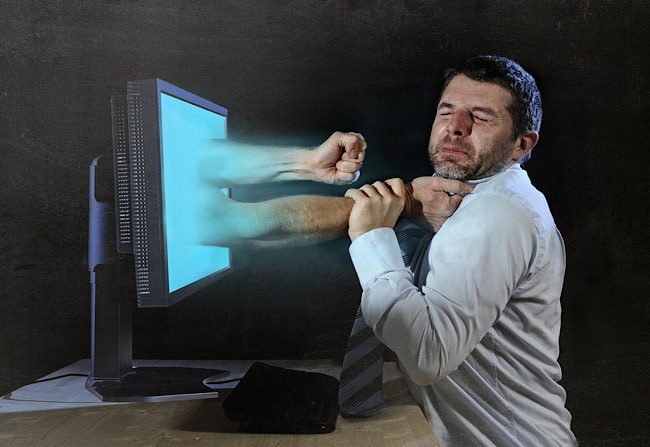 When you work in an office, there are many annoying things you must put up with, such as coworkers microwaving stinky fish for lunch, or dealing with people that never refill the paper tray in the printer.

There is probably nothing more annoying, however, than reply-all email storms. This is where one coworker accidentally selects “reply all” rather than “reply” and ends up sending an email to a huge list of people. Then, other people in the organization do the same thing, creating a massive email chain that clogs up everyone’s inboxes. Thankfully, Microsoft is finally trying to end this nightmare in Office 365 (aka Microsoft 365) with the all-new “Reply All Storm Protection” feature.

“When a reply all mail storm happens in your organization, it can disrupt business continuity and in some cases even throttle the rest of your organization’s email for a period of time. At Microsoft Ignite 2019 we announced the Reply All Storm Protection feature to help reduce the impact that reply all storms can have on large organizations. Today we’re pleased to announce that the feature is now rolling out in Office 365 worldwide,” says The Exchange Transport Team.

The team further says, “Initially the Reply All Storm Protection feature will mostly benefit large organizations who have large distribution lists. When the feature detects a likely reply all storm taking place on a large DL it will block subsequent attempts to reply all to the thread and will return an NDR to the sender. The reply all block will remain in place for several hours. Initially the Reply All Storm Protection feature will use the following conditions to detect a reply all storm: 10 reply all-s to over 5000 recipients within 60 minutes. It will then block subsequent replies to the thread for 4 hours.” 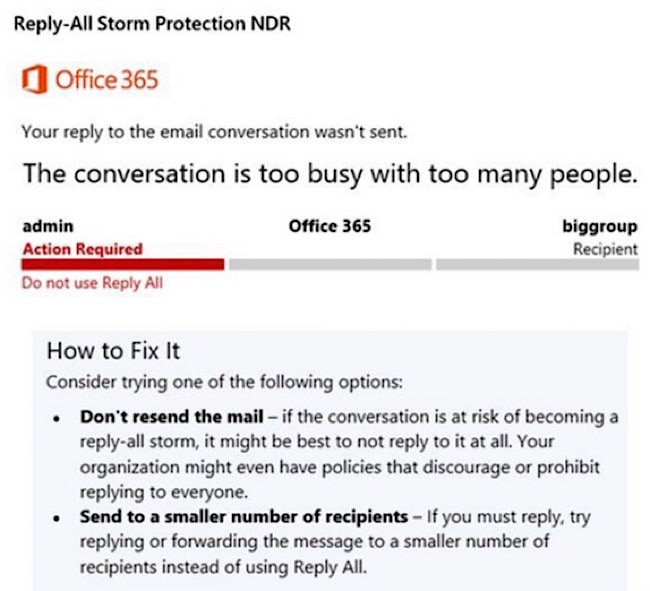 With the feature enabled, users that try to reply to a “reply-all” storm will be blocked from doing so, and they will instead be presented with a non-deliverable warning email (seen above). This should prove to be a very useful feature, and I hope other vendors copy it ASAP.