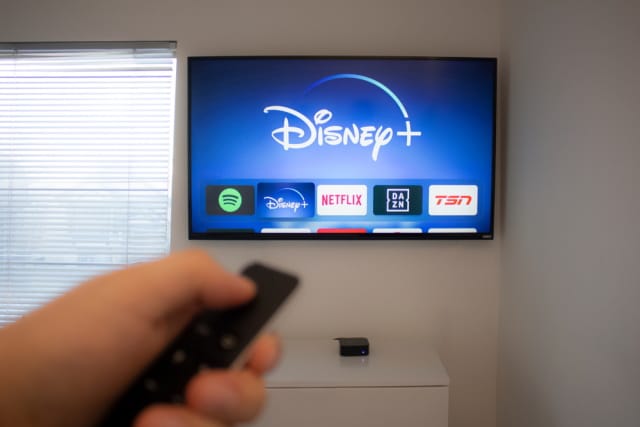 With Coronavirus (COVID-19) continuing to spread and multiple US states reporting cases spiking thanks to an ill-timed reopening, we have little to do. Movie theaters, among many other businesses, are closed with no immediate plans to come back.

This has affected movie productions and studios, with films like Tenet and No Time to Die being delayed, and others, like Tom Hanks' new movie Greyhound being released straight to digital.

Now Disney+ is announcing that its latest flick will be released online. The movie, titled The One and Only Ivan about "a very special gorilla" will debut on the streaming service on August 21st.

In an announcement received by BetaNews, Disney states "The film, which was previously scheduled to be released theatrically by The Walt Disney Studios, is an unforgettable tale about the beauty of friendship, the power of visualization and the significance of the place one calls home. 'The One and Only Ivan,' which comes to the screen in an impressive hybrid of live-action and CGI, is based on Katherine Applegate’s book, which won numerous awards upon its publication in 2013, including the Newbery Medal."

The film features an all-star cast of voices as well, including "Sam Rockwell as the gorilla Ivan; Angelina Jolie as Stella the elephant; Danny DeVito as Bob the dog; Helen Mirren as Snickers the poodle; Chaka Khan as Henrietta the chicken", among others.

Disney+ is available on most online devices, including Fire TV, Roku, Apple TV and your computer, phone or tablet.

Lest you think this service is just for kids, don’t forget that Disney owns the rights to the Marvel movies as well as the Star Wars franchise.