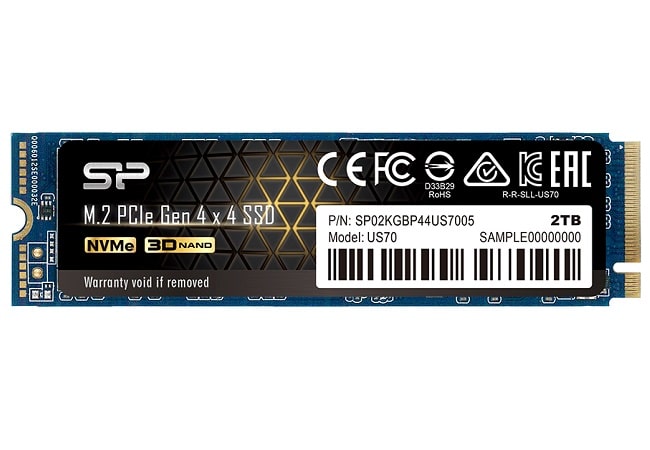 The solid state drive market is evolving very fast lately. Not only do we now have an M.2 drive with a huge 8TB storage capacity, but PCIe 4.0-capable motherboards are becoming more prevalent. Why is PCIe 4.0 so important? Bandwidth, baby. Compared to PCIe 3.0, the new 4.0 has double the bandwidth. From a storage perspective, this means PCIe 4.0 solid state drives will provide insanely fast speeds.

Today, Silicon Power unveils an all-new SSD that uses PCIe 4.0. Called "US70," the company promises some impressive performance. For instance, read speeds can reach 5,000 MB/s, while write can go up to 4,400 MB/s.

ALSO READ: Synology selling its own SSDs for some reason

The company further says, "With incredible read and write speeds up to 5,000MB/s and 4,400MB/s, respectively, the US70 is nearly 10 times faster than traditional SATA III SSDs. It provides next-level specs that will be competitively relevant for the future, while also being backwards-compatible with PCIe 3.0 too." 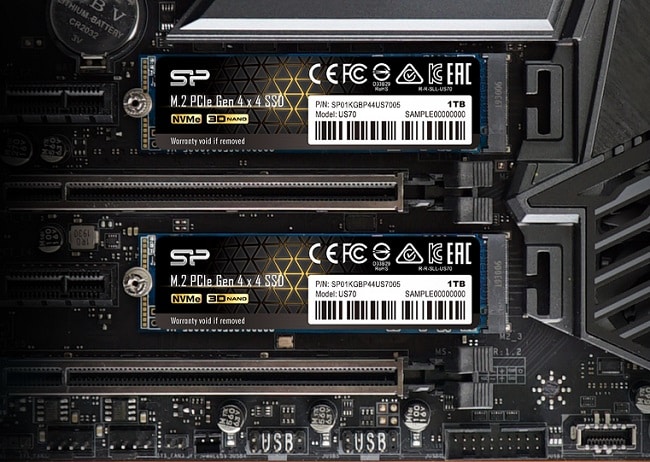