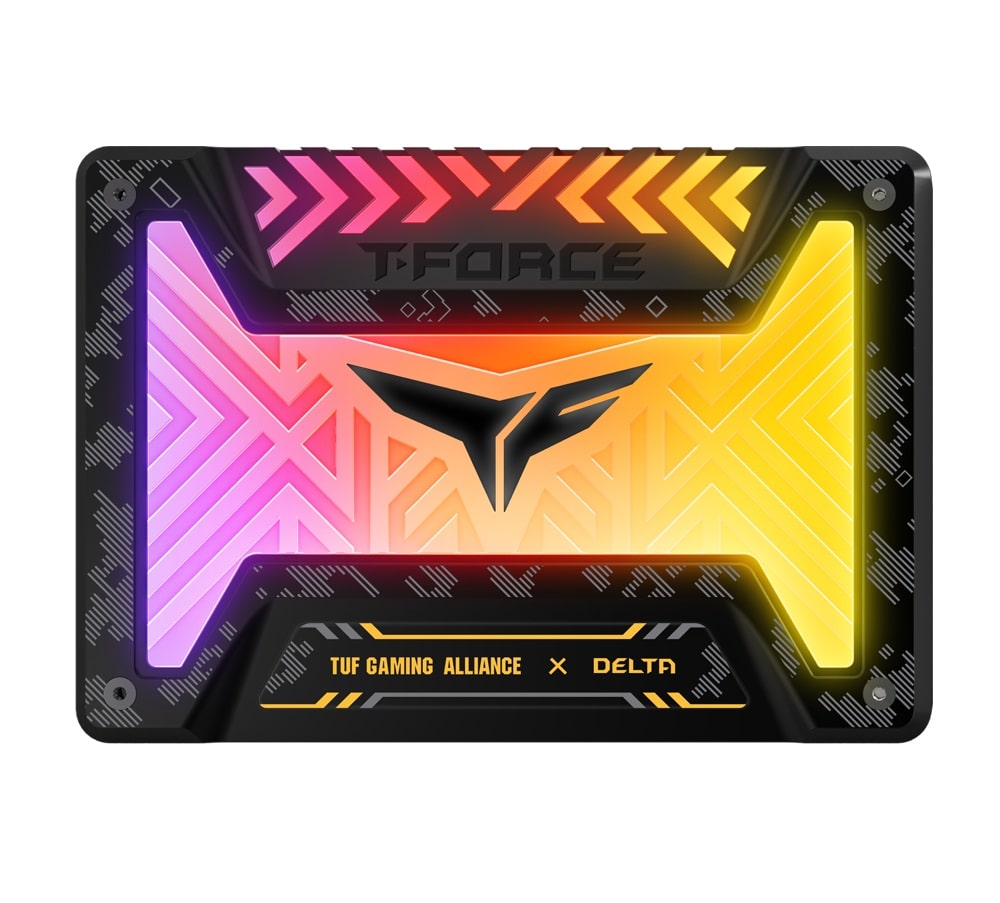 When a product is marketed to gamers, sometimes it means that it can help to improve the game experience. For instance, a gaming mouse or keyboard may provide more accurate controls. Other times, a "gaming" product is more about style -- having fancy RGB lighting or other cool "gaming" designs. Today, TEAMGROUP announces two new solid state drives that fall into the latter category. In a partnership with ASUS through the "TUF Gaming Alliance" program, T-FORCE shares the all-new TUF Gaming Alliance T-FORCE CARDEA II PCIe M.2 SSD and the TUF Gaming Alliance T-FORCE DELTA 2.5-inch RGB SATA SSD.

The T-FORCE CARDEA II uses PCIe 3.0 rather than the newer and faster PCIe 4.0, but in reality, that doesn't make any difference for gaming. Both the read and write speeds found on this drive are still quite impressive. It features an absolutely massive heatsink, making it imossible to fit inside a laptop. Hell, some desktops may have trouble accommodating it! The other drive -- the T-FORCE DELTA -- is a 2.5-inch SATA variant that has neat RGB lighting. If you have a window in your PC case, it will certainly look quite beautiful. If you don't have a case window, there is really no point in choosing it over any other SATA SSD.

"T-FORCE CARDEA II TUF Gaming Alliance Solid State Drive is the first M.2 SSD certified by ASUS TUF Gaming Alliance. With TEAMGROUP T-FORCE’s patented gaming cooling fin, PCIe Gen3x4 high speed interface and NVMe 1.3 protocol, the sequential read/write speed is up to 3400/3000 MB/s, and random read/write speed is up to 180K/160K IOPS, offering up to 1TB of capacity. The buit-in smart algorithm contains a variety of management mechanisms such as the garbage collection function, Wear-Leveling technology and ECC (Error Correction Code) function, which can improve the efficiency and reliability of data transfer, and prolong the service life perfectly," says TEAMGROUP.

The company further says, "TEAMGROUP has once again joined hand with ASUS TUF GAMING to launch the DELTA 2.5-inch Solid State Drive for motherboards with 5V ADD header. It has a cool black background with strong camouflage patterns. Using SATA II 6Gbps interface and 3D NAND flash memory chip, the read speed is up to 560MB per second, making it both durable and extremely powerful at the same time. With a maximum capacity of 1TB and a thickness of only 9.5mm, it meets the diverse needs of gamers and allowing them to upgrade instantly!"

TEAMGROUP shares specifications for both drives below. 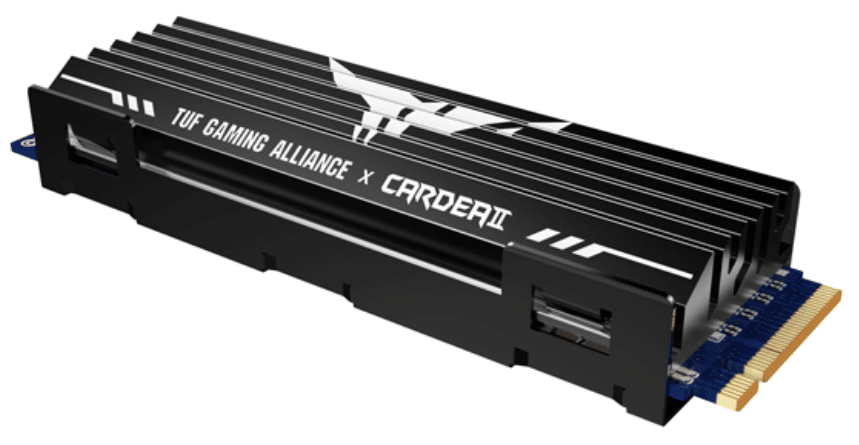 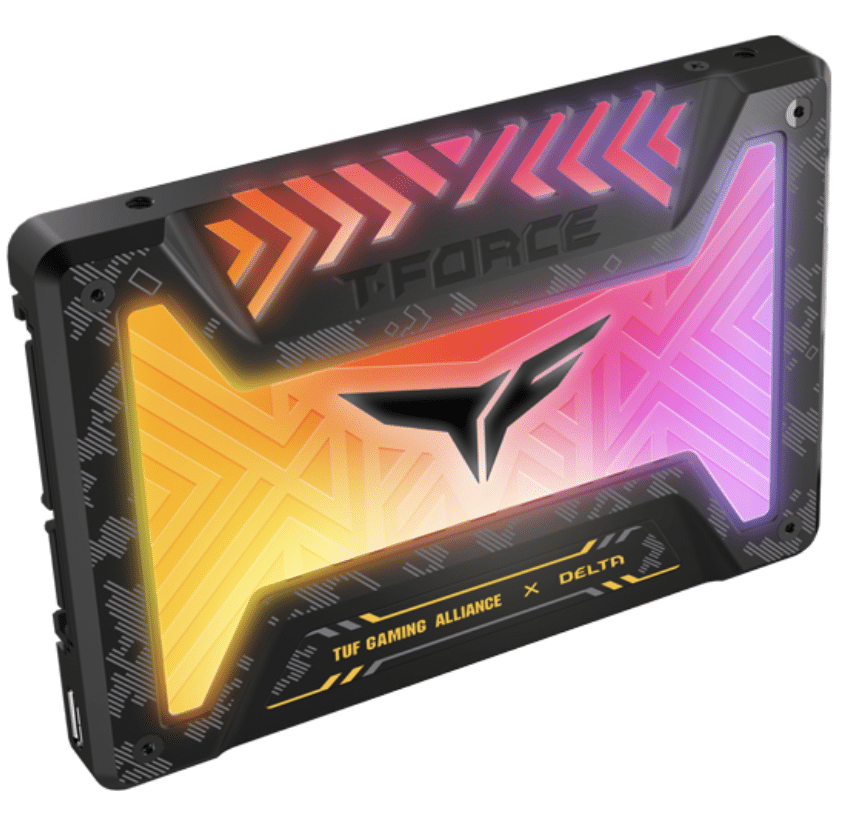 Both "TUF" drives are reasonably priced given specifications and design. Not to mention, both TEAMGROUP and ASUS are known for offering quality hardware. The TUF Gaming Alliance T-FORCE CARDEA II PCIe M.2 SSD is available in capacities of 512GB and 1TB and they are priced at $85 and $145 respectively. The TUF Gaming Alliance T-FORCE DELTA is a bit less expensive, as the 500GB model sells for $80, while the 1TB model is $120. You can soon buy the drives here.