After switching to ARM, expect Apple to buy TSMC too 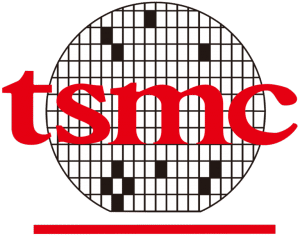 Readers have been asking me to comment on Apple’s decision, announced at last week’s World Wide Developers’ Conference, to start switching to Apple-designed ARM processors for its Macintosh computers. I usually don’t like to do second-day (or, in the case, second-week) stories unless I can add something new to the discussion. Oddly, I usually can and that’s the case here, where Apple’s move to ARM has a big-picture strategy component that is absolutely vital to the company’s continued success. It also doesn’t seem to be covered yet anywhere but here.

Forget all the talk about Apple moving to ARM because the chips are better than Intel’s or consume less power. You can even forget the idea that using its own chips allows Apple to be more secretive. While these points are all true, Apple would still be moving to ARM even if they weren’t. The switch is all about money, which comes down to Apple’s cost of goods on one hand and Apple’s market capitalization on the other.

Quite simply, Apple-designed ARM chips will be cheaper than continuing to use Intel chips. In a market with continued downward price pressure, this will help Apple maintain the higher profit margins that help make the company so uniquely valuable. Yes, the chips will also consume less power, make less heat and -- this is really important -- be designed-into the Apple ecosystem far more than Intel’s merchant chips ever could be. But what counts most of all is the money: they are cheaper.

Looking toward 2021 and 2022, Apple has two things going for it. In 2021, especially, 5G will drive a billion people to get new iPhones, so Tim Cook and Apple can breathe easily for the next year.

For 2022 the salutary effect of those cheaper and more capable Apple-ARM processors will stimulate fanboys to replace their Mac desktops and notebooks 3-4 times faster than they otherwise might. Hardware that lasts too long has been a problem for Apple and this is one way around that.

I just replaced my mid-2010 MacBook Pro with a second-hand mid-2014 MacBook Air to get the scissors keyboard along with the ability to run Catalina. Apple hates that I did that. So by 2022 they’ll have a new notebook that has a good keyboard and is enough better in all respects that I’ll probably buy my first new MacBook in 12 years.

But what about after 2022? How does Apple keep its mojo going then? Here’s where we need to discuss Cupertino’s big number problem.

Depending on the date, Apple is either the first-, second-, or third-most valuable company on Earth, worth significantly more than $1 trillion. To CEO Tim Cook that means he’ll never have to worry about some other company trying to buy Apple because no other company can afford to write a check that big. But that big market cap also means that continuing to grow is a real challenge for Apple, because pretty much anything new they plan won’t be big enough to affect the company’s bottom line. That’s why Apple labels some businesses as hobbies.

Apple’s stock price and Tim Cook’s compensation are driven largely by profits, so the company always wants to make more money. But Apple already makes plenty of money, so in recent years stock buy-backs have been an easy way to achieve earnings goals. But the feds are starting to look with disdain on stock buy-backs just as they are taking second and third looks at companies like Apple, Google, and Facebook for possible anti-trust violations. So Apple can’t buy back stock as vigorously as in the past and has to find new ways to increase profitability. Yet those new ways can’t, in turn, lead to increased anti-trust exposure.

One thing Apple can do and get away with is increase its vertical integration, which is where these ARM chips come in. There is nothing illegal about Apple designing its own chips and benefiting from economies made possible by those designs. It’s a matter of filling-in gaps in the Apple eco-system, which is why they are dumping Intel.

Apple can continue to grow, but only by doing entirely new things, entering markets where it has never trod before.

When it comes to semiconductors, then, Apple has two possible moves with the first being designing its own chips. The second possible move, which should be Apple’s big announcement in 2022-23, is buying TSMC (Taiwan Semiconductor Manufacturing Company) -- the outfit that actually builds those ARM chips. TSMC also happens to be the best semiconductor manufacturer on the planet right now and worth whatever Apple has to pay.

That’s my bold prediction, which seems a no-brainer to me.

Buying TSMC will give Apple something to do with its extra cash while at the same time solving a very big problem for TSMC, itself, which is what to do about Beijing wanting to grab Taiwan.

Selling to Apple will make the wealth of TSMC’s current owners both liquid and portable right when they’ll probably be looking for new places to live. And by making TSMC a part of Apple -- a U.S. company of strategic importance to Washington -- Beijing will be chastened somewhat in its corporate dominance.

What will Tim Cook do for an encore after buying TSMC? Well, Steve Jobs told me in August 2011 (his last e-mail to me) that Cook would run Apple "until Reed is ready to take over." 2023-2024 should be about right.

Apparently this is where I am supposed to tell you how much Apple stock I own (zero), how much TSMC stock I own (also zero) and how much stock of any type I own (yup, zero). Thanks for reading.

15 Responses to After switching to ARM, expect Apple to buy TSMC too