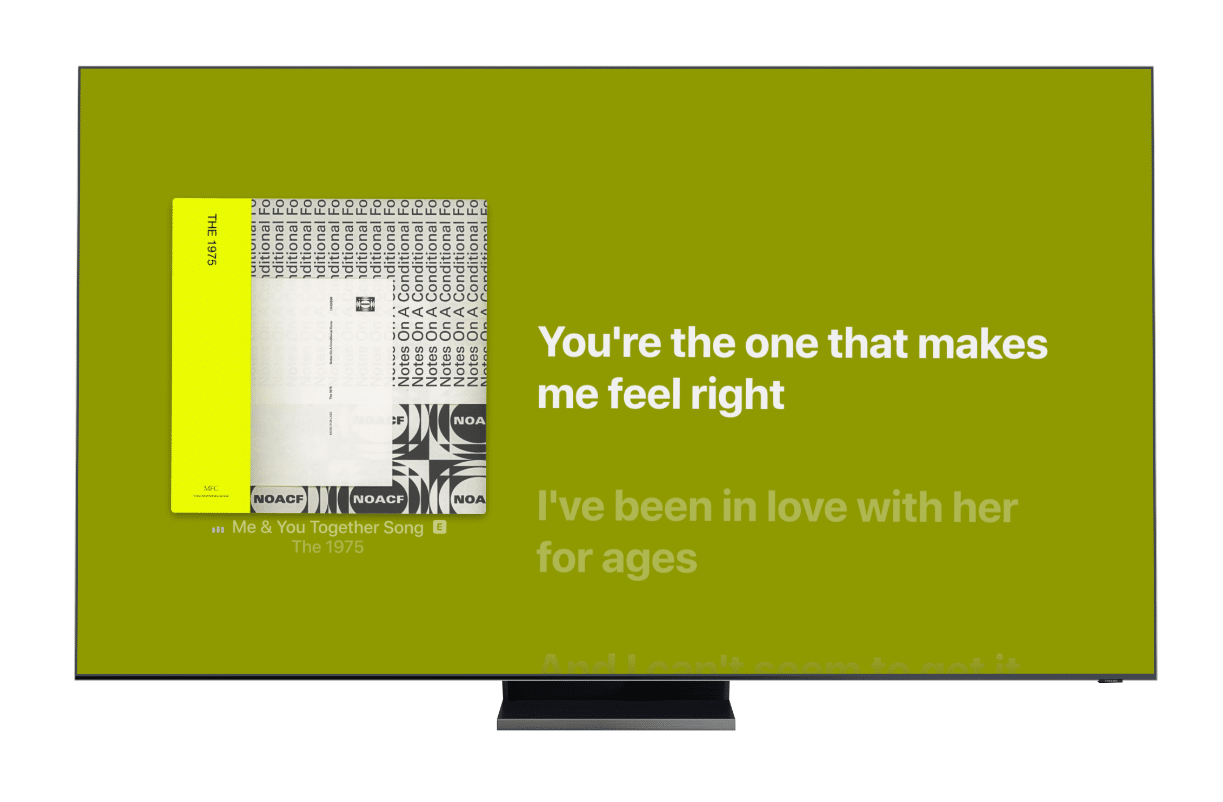 There are many music streaming services these days, such as Spotify, Tidal, and YouTube Music. My favorite, however, is Apple Music. Why? Well, besides the excellent mobile interface, it has a very large library of music. Not to mention, the human-curated playlists are second to none. Plus, Apple Music finally has a web player now -- a much desired feature.

Another cool aspect of Apple Music is time-synced lyrics. When you are listening to some songs (not all), you can have the lyrics display on your device's screen -- timed to the music. It works great, and it is even an option on Apple TV, enabling you to have a karaoke-like sing-along with friends and family. Apple Music is no longer just an Apple-only affair though, as it is available on Android devices and some smart televisions too. Today, Samsung announces that the aforementioned Apple Music time-synced lyrics feature is finally available on its smart TVs.

"As the anchor of the home entertainment experience, Samsung Smart TVs are designed to deliver stunning visuals combined with crisp sound quality. With time-synced lyrics on Apple Music, each song is brought to life through a unique, colorful, and dynamic background that is generated from the album art. Time-synced lyrics on Apple Music is seamless and intuitive on Samsung Smart TVs. Users can easily scroll through a song by flipping through the lyrics, jump to a certain verse, skip straight to the chorus or see where they are at in the song whenever they want," says Samsung.

The Galaxy phone-maker also says, "What if a user has a single lyric stuck in their head but can’t quite figure out what song it’s from? With Apple Music on Samsung Smart TVs, they can search for the lyric, find the song, and learn the rest of the words simply by hitting play. Whether singing along to a hot new song for the first time, or revisiting a classic throwback, using time-synced lyrics on Apple Music will help make sure users are not missing a beat -- or a line."

Unfortunately, Apple Music is only available to owners of Samsung smart televisions that were manufactured in 2018 or later -- such as this one. Sadly, if your Samsung smart TV is older than that, you won't be use the streaming service with it. Of course, you can always buy an Apple TV media box and connect it to your Samsung TV instead. If you want to try Apple Music and its cool time-synced lyrics feature, just head to your TVs app store and download it. New subscribers get three free months of access to see if they like it.