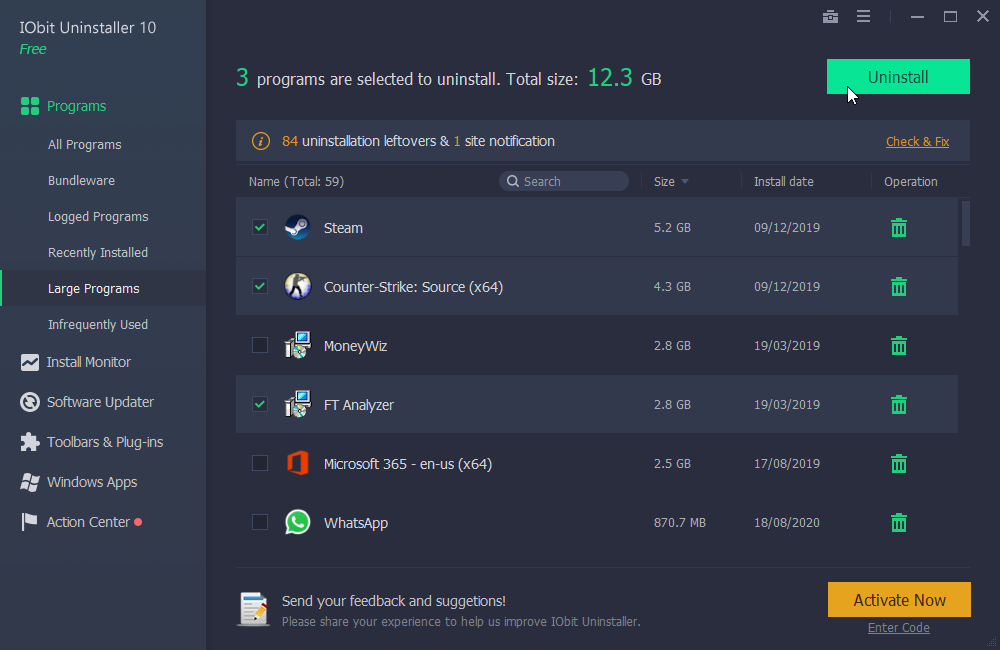 IObit has released IObit Uninstaller 10, major new update of its uninstall tool for Windows. IObit Uninstaller aims to clean programs (including Microsoft Store apps) more thoroughly from your PC than the apps' own uninstallers by detecting leftover files and Registry entries.

IObit Uninstaller 10 opens with the promise of significantly improved performance, with programs being uninstalled up to 50 percent quicker than previously. At the same time, the scan algorithm has been refined with the promise of being able to detect 30 percent more leftovers.

The app’s Toolbars & Plugins section, which allows users to remove unwanted add-ons in web browsers (including malicious plugins), has been expanded to support the newer Chromium-based builds of Microsoft Edge.

The Pro version of the program also comes with the promise of improvements to its program detection algorithm to better detect infrequently used programs as well as Bundleware -- software that installs additional apps and tools that may indicate potentially unwanted programs. It also promises added support to enable users to remove over 40 so-called 'stubborn' programs that are known to be difficult to remove -- these include SpyHunter 5, MPC-HC, and Rockstar Games.

The update is rounded off with a tweaked user interface and support for dark and light skins, plus added support for updating multi-language programs like Firefox and WinRAR. 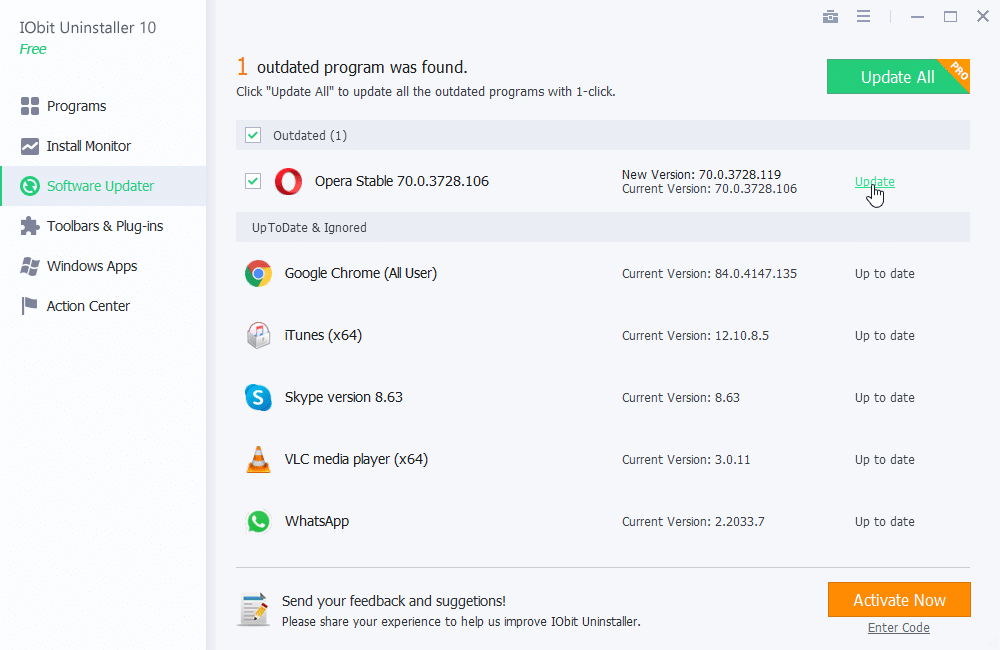 IOBit Uninstaller 10 is available now in both free and Pro versions for PCs running Windows XP or later. A Pro license costs $19.99 and comes with additional features including the ability to automatically remove bundled programs and plug-ins when uninstalling the main program, plus support for removing both stubborn programs and malicious/advertising plug-ins. You can pick up a 3-Device version of Uninstaller 10 right now for $16.99 from the Downloadcrew Software Store.