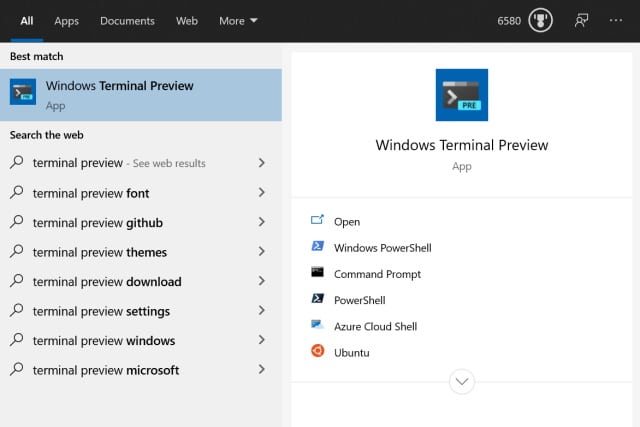 It has been a few weeks since there was an update to Windows Terminal, but now Microsoft has released a new version of the preview build. With Windows Terminal Preview v1.4.2652.0, the company has not only addressed various bugs, but also introduced key new features.

A important new addition to the command line tool is support for Jump Lists. In taking advantage of this Windows 10 feature, it is now possible to launch Windows Terminal Preview with a specific profile from the start menu or task bar.

Catching up with many other apps, this latest update also brings hyperlink support for embedded hyperlinks to the tool. This means that any hyperlinks are clickable, although you'll need to hold down CTRL while clicking to follow a link. Less impressive -- perhaps -- is the arrival of support for blink rendering using the SGR 5 attribute.

Here's the full changelog for this release:

If you want to try out Windows Terminal Preview 1.4, you can download it free of charge from the Microsoft Store.