Microsoft snags Skype for a hefty $8.5B 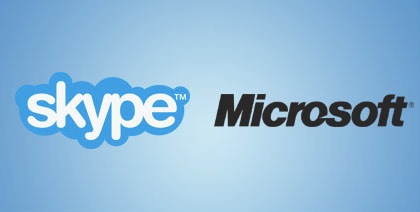 Today, Microsoft announced a definitive agreement to buy Skype for $8.5 billion. The deal is simply stunning, for the potential brand reach Microsoft will gain, the boost to its real-time communications strategy and the potential for empowering Windows Phone-powered handsets with robust video communications.

The deal is also the kind of payday venture firms dream about. Auction site eBay acquired Skype in September 2005 for $2.6 billion, which at the time seemed like an odd fit -- a square box trying to fit a round hole. Investment group Silver Lake bought Skype in September 2009 for around $2 billion. Microsoft will deliver the big payday. Can you say return on investment?

Skype had many rumored suitors over the last couple weeks, including Google. But the VoIP calling and text and video chat service will go to Microsoft instead. Silver Lake and Microsoft boards already have approved the deal. Regulators must do likewise.

"Skype is a phenomenal service that is loved by millions of people around the world," Microsoft CEO Steve Ballmer says in a statement issued today. "Together we will create the future of real-time communications so people can easily stay connected to family, friends, clients and colleagues anywhere in the world."

Microsoft obviously has reasons for acquiring Skype. Early punditry focuses on competition from Apple FaceTime and Google Voices, which is shortsighted. The reasons I see, ahead of the Microsoft-Skype 11 a.m. ET conference call:

1. Skype has huge global brand affinity and reach. Skype claims a total of "170 million connected users and over 207 billion minutes of voice and video conversations in 2010." What's perhaps more important: How the service enables cheap video and telephony globally, and in markets where Windows Live Messenger is popular or needs a boost.

2. Real time communications already is a Microsoft priority, and it's paying off. Revenue from Lync communications products grew 30 percent year over year during Microsoft's fiscal 2011 third quarter, ended March 31. But that's business. What about consumers? Microsoft plans to make Skype available on all its major consumer platforms, and that includes supporting Kinect on Xbox and integrating into Windows Live.

3. Video is important to the Nokia partnership. Because Nokia has such low presence in the United States, many Americans probably aren't aware that front-facing video camera is a standard feature on the manufacturer's handsets. Nokia offered phones with video-calling capabilities long before Apple offered FaceTime on iPhone. Video calling as standard Windows Phone feature makes sense for future Nokia handsets.

4. Skype helps keep the PC relevant. The PC era may be over, but the personal computer isn't going away anytime soon. Video calling/conferencing is one of those applications that benefits from the kind of processing and graphics power PC's possess. Hey, how are you going to video chat with five people on your smartphone's tiny screen, bud?

I'm pondering two important questions, regarding the deal: Can Microsoft avoid conflict with carriers? Will Microsoft support other platforms? Carrier conflict seems as inevitable as two trains colliding on the same track. Skype lets users bypass carriers' networks to make phone calls and it can tax infrastructure when used for video.

As for the platforms, Microsoft's press release indicates continued support for other platforms. However, Microsoft has made this pledge before regarding other acquisitions, only later to reduce support to its own platforms.

Are you a Skype user? Are you happy about this development? Please answer in comments.

18 Responses to Microsoft snags Skype for a hefty $8.5B