Google+ is a marketing sensation 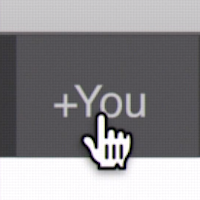 Finally techdom is talking about something other than Apple, and probably it's more important.

When dinosaurs ruled the earth, what creature then could have imagined that someday mammals, which were smaller and eventually smarter, would replace them? Fast-forward to the present. For all the talk about the handsome or the beautiful, it's the geeks, not the athletes, that people listen to. Right now techdom is incessantly chattering about Google+. There's simply no way to turn down the volume.

Google unveiled the + social networking service a short five days ago. The experience starts from Google's search page, allowing people to create discreet "Circles" for sharing statuses, location, photos, videos and more, and users can group chat or video call as well. It's a service sure to keep people who use it on Google sites longer. For all the obsession about pageviews and page ranks, particularly among advertisers, time on any site matters more.

Whether or not Google+ succeeds or fails remains uncertain, particularly given the service is still invite-only. But it's not how many people are using the service but who they are and who listens to them. Among the geek elite Google+ chatter reminds me of the launches of Facebook (to the public) and Twitter, both in 2006.

Here's a tip: If you're on Google+ and want to find out what the tech elite is saying, and who among them to follow, just add ubergreek Robert Scoble to a Circle. He can't shut up about Google+. Seeing who's commenting to his posts is an easier way to find out who's on Google+ than using its built-in search feature (which surprisingly is a little wonky). Scoble talks too much from any platform, so much so you might have to eventually remove him from your Circle(s). He'll overwhelm your feed, but the chatter is entertaining and enlightening.

Scoble is just one of the many geek influencers talking about Google+.

Searching Google News brings about 6,000 results for "Google +", but only 85 for "Mac OS X Lion Gold Master", which Apple released over the holiday weekend. Anything Apple is typically big news, if nowhere else than techdom. Not this weekend.

There are so many good posts about Google+, search is the best way to find them. I've randomly chosen five:

As a brand in the making, Google+ is off to a surprisingly good start -- and all the geek chatter is part of that. But there's more -- fundamental to the approach and choice of "+".

In 2002, Rajendra Srivastava, Emory University Goizueta Business School professor, explained the importance of word ownership: "A brand really lies between the two ears of the consumer. The company owns the physical brand, of course, but the value of the brand really is what it means to the consumer".

In marketing, companies seek to control one word and have that associated with their brands. For Mercedes-Benz it's "prestige" or "safety" for Volvo -- "driving" for BMW. Toyota was associated with "reliability" before its massive car recall last year. That's one reason the recall was so damaging to the brand, and yet why so many people also remained loyal -- that association with "reliability". People identify "search" with Google.

However, word ownership is most potent when it is a verb, meaning there is action behind it. For some brands, like Google or Xerox, the word is the company name replacing a verb. People "Google" instead of "search" or they "Xerox" instead of "copy". Facebook is never going to be a successful verb, so the company craftily created the "Like" button. Facebook wasn't the first cloud service to use Like, but it's the owner now.

Google's marketing coup could be "plus" associated with Google+ and +1, where you add someone or something to you. Plus is positive, it's more. The connotations are hugely aspirational. You could Like someone or be the plus -- be something more.

Something else, and this is hugely important in understanding information and how it's being consumed. Influence matters more than content. Take Google search, for example. Google uses many metrics to measure sites' relevance for search queries. Influence is among the most important. It's not rocket science to figure out; many sites appearing at the top of search results are popular in some way -- by traffic, incoming links or number of searches, among other measures.

What about other information? There simply is too much on Internet, and too much of it is similar. That's actually a byproduct of the Google-free economy, where seemingly anyone and everyone is looking to use SEO -- what I call Search Engine Obsession -- to drive pageviews and with them advertising revenues. Netters are beginning to push back and choose influencers rather than publishers as primary sources of information -- or aggregators like Huffington Post.

People like Scoble have huge influence. Adoring Apple fans gravitate to John Gruber. Gruber works for himself and Scoble for Rackspace. Neither for a traditional news organization, yet they break stories and lead followers to interesting information nearly every day. Scoble has nearly 189,000 Twitter followers and Gruber nearly 145,000 -- as one measure of influence, or at least reach.

Google is another example. Among Techmeme's Top-50 news stories of 2010 were nine Google blog posts -- four in the top 10. The search and information giant's ranking shows just how influential it is as a source of news -- not some tech or general news site reporting about its doings.

Google+ has the potential to be a truly hybrid service of influencers, whether they're friends you trust or strangers like Gruber and Scoble whom you believe what they say. Circles let people create, well, circles of trust in a way that Facebook's one-friend-fits-all approach can't under its current design.

Over the last five days, I've been more listener than broadcaster on Google+. I'm going active after finishing all my holiday-related obligations, eh, activities. Suddenly, other influencer services -- Facebook, Twitter and Tumblr -- aren't so appealing. If Google could offer people a way to make money from their influence, perhaps success would be assured + in the future. For now, at least, Google+ is marketing sensation, as measured by the volume of influencers talking about it.

32 Responses to Google+ is a marketing sensation