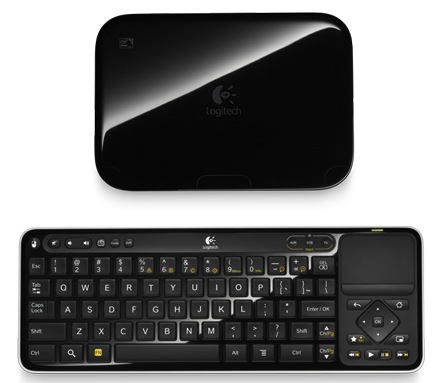 Was it you? Your neighbor? Or me?

There will be a second life for Google TV, but one wonders how Logitech will be part of it. Today's dismal Logitech earnings, in which Google TV-based Revue played henchman, shows just how difficult the marriage between television and Internet can be.

Microsoft painfully learned that lesson with Web TV, which strangely resurrected as Xbox Live. In its Xbox franchise, Microsoft has found a place for Internet attached to the TV. For example, in a 12,000 person survey of two major commercial streaming services, 12 percent of Netflix users watch content from their Xbox -- 13 percent for PS3 and 25 percent for Wii. Nielsen released the data yesterday.

Logitech's loss might be the platform's gain, if new aggressive pricing churns up big sales. What a loss, too! The company reported a net loss of $30 million and will take a one-time charge of $34 million to slash Revue prices. Revenue for the Digital Home division, including Harmony remote and Revue, fell by 53 percent. Oh, yeah, the CEO resigned, too.

"Sales of Logitech Revue were slightly negative during the quarter, as returns of the product were higher than the very modest sales", according to prepared statements for today's earnings conference call.

Yeah, you can plop your eyes back in their sockets now. You didn't misread the statement. It gets worse:

Q1 was a very weak quarter for sales of Logitech Revue. While we lowered the retail price to $249 during the quarter, it had little impact on consumer acceptance. Our enthusiasm for the promise of the Google TV platform has always been focused on the opportunity to develop another large installed base for our products over time. Up until now, the installed base has remained relatively small.

While Revue sales are nothing short of terrible, Logitech remains committed to Google TV:

With the goal of accelerating adoption of the Google TV platform, we have elected to reduce the retail price from $249 to $99 during Q2. We believe that this action will remove price as a meaningful barrier to broad consumer acceptance. We expect the lower price, particularly when combined with the upcoming enhancements to the Google TV platform, including the availability of an apps marketplace, should provide the consumer with a compelling value proposition.

Every software developer should have hardware partners like this. Logitech took a big hit for the home team, but isn't giving up. Still, the company cautioned that there remain material risks for its plans: "If the price drop of Logitech Revue does not have the intended positive impact on sales and consumer adoption of the Google TV platform and consumer reaction to and demand for Google TV and our products for it continue to be less positive than we expect, or if Google fails to support or continue the Google TV platform".

Logitech's commitment to Google TV reflects the potential seen in the platform and also shows necessity -- the investment already made in unsold Revue units. Because Logitech can upgrade them to the newest Google TV software, which is expected soon, Revues running the older software can be made good as new. The question: Will people buy?

The answer has something to do with why people weren't buying -- or more disturbingly, were returning -- Logitech Revue. Is it about price or Google TV software -- or even both. I've been and remain a fan of Google TV, and I reviewed Revue back in December. Google TV sits between the settop box and you, incorporating Web browsing, streaming services and search into the viewing experience. The concept is brilliant, and Google search fundamentally changes the TV experience -- something like TiVo did with program recording.

But like TiVo in the late 1990s, benefits are hard to explain. Consistently my experience: people didn't get TiVo's benefits, like pausing or rewinding live programs, without first seeing them. Google TV is something like that. Once you get it, you get it -- unless the price (and complexity) is too much. Logitech sent me a loaner; I would never have paid $300 for Revue. Even after using and really liking Google TV, I wouldn't pay that much. As great as the benefits are, lesser products more affordably priced -- Apple TV and Roku, among them -- are good enough. Apple TV is $99 and Roku costs as little as $70.

The other current partner is Sony, which offers Google TV with a television and also integrated into a Blu-ray player. Sony's price is lower, too. The Blu-ray player that once sold for around $400 can be had for $240 from Amazon today -- low enough that I'm tempted to buy, with the Blu-ray player being a big bonus. Revue's new price is even better. All those people returning Revues for $250 or $300 might have kept them for $99.

If people buy, and Logitech unloads its vast inventory of upgradeable Revues, the Google TV platform could get a huge boost -- its second life. Logitech is doing its part, now Google must deliver. The big update must make the user interface more palpable -- and Google must secure more content partners. That was one of Google TV's biggest problems -- no Hulu and other major content distributors (other than Amazon and Netflix).

But much has changed in the Google content sphere since Logitech and Sony boxes shipped last year. Google offers rentals through YouTube and has (in beta) a cloud music storage and streaming service. Amazon and Netflix offer more movies and TV shows.

I've read all kinds of scathing headlines and commentaries about the end of Google TV: "mega-flop"; "What went wrong (everything)"; "sales worse than non-existent"; among others. But it's not the end but the beginning. Google TV really isn't dead, and Logitech is right to try to build share now for a future update that includes apps and games.

Google TV has huge potential, and there's no place Google should want to bring search -- and possible advertising and keyword revenues with it -- than the living room. I don't question Google's commitment, because ads are core to revenues and more is spent on TV advertising than any other medium.

So who killed Google TV? No one. Rumors of its death are greatly exaggerated.

30 Responses to Who killed Google TV?