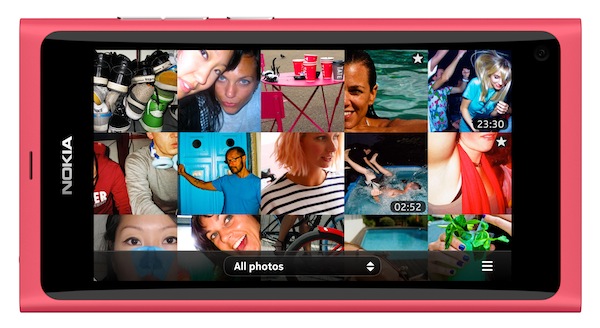 The critical issue with the N9 is the fact that it's partially a developmental dead end since Nokia made a commitment to Windows Phone, and officially gave up hope on MeeGo being a competitive OS for the company.

It is therefore only fitting that the N9 should launch on the same day as Microsoft launches the Mango update to Windows Phone.

But this appears to be no scheduling accident.

Tomorrow in Seattle, Intel's Elements 2011 developer conference will open, and MeeGo is going to be one of the major topics of discussion. In fact, the Financial Times of Germany today said that MeeGo is going to be merged with much more penetrative mobile Linux distro LiMo, which has been used on more than 20 mobile devices by Panasonic and NEC, mostly in Japan.

If that happens, MeeGo will receive support from LiMO Foundation members Samsung, NEC, Panasonic, NTT DoCoMo, Vodafone, Orange, SK Telecom, and Telefonica, who could conceivably pick up any slack in development as a result of Nokia's gradual egress from MeeGo support, and it could feel like much less of a dead end.

Of course, this is just rumor, and we have received no confirmation from Intel, Panasonic, or NEC about it. Fortunately, though, we'll be on the floor at Elements 2011 tomorrow with the first word on this if it happens.