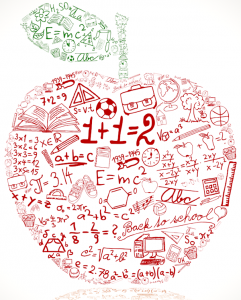 Friday, Samsung and Google postponed what could be one of the most significant Android device launches in awhile -- likely the Nexus Prime -- scheduled for next Tuesday, October 11. The original statement was somewhat vague, but disclosed that both parties agreed that "it was not the appropriate time" to release the device.

"Samsung and Google have decided to postpone the Samsung Mobile Unpacked event during the CTIA in San Diego, previously scheduled for Oct. 11. Under the current circumstances, both parties have agreed that this is not the appropriate time for the announcement of a new product. We would ask for the understanding of our clients and media for any inconvenience caused. We will announce a new date and venue in due course."

This was the statement e-mailed to all news outlets late this morning.

All well and good. As expected, the tech punditry began to speculate on the reasons why the Prime just wasn't ready for primetime. My colleague Joe Wilcox came up with several possible reasons, most of which make perfect sense. Maybe the hardware wasn't ready. Issues with the venue. The launch of the iPhone 4S. Maybe even the injunction hearing scheduled for two days after the launch. Those were the plausible ones.

Doing it for Steve

But Joe came up with one reason that seemed kind of far fetched at the time, and that was the passing of Steve Jobs. Shortly after he posted his story, an updated statement arrived in our inboxes. It had the same wording essentially, but a new line that completely changes things:

"We believe this is not the right time to announce a new product as the world expresses tribute to Steve Jobs's passing."

Yes, that's right -- Google and Samsung just postponed the launch of a device for a reason that is completely unrelated to themeselves. The companies did this while Apple itself didn't skip a beat and continued on with its own plans, announcing the iPhone 4S likely while Jobs was on his deathbed (and they all knew the end was near), and began pre-orders on Friday.

Wouldn't you think if any company should postpone a launch, it would have been Apple, not Samsung?

Now I could understand the two companies postponing the launch if it would have had something to do with Apple itself, say a settlement and partnership, or something similar. Obviously you would want to give Apple time to grieve. Or even if Apple changed its own rollout schedule for the 4S. But Cupertino has nothing to do with this, and is all the while getting their new device out before you get yours.

I can only come up with two valid explanations as to why Google and Samsung would have done this. First off, we may be seeing some difference in corporate culture as well as personal beliefs. It could be quite possible that there is something in the Korean culture over honoring the dead that may have led to this -- Korean funerals last up to four days. But there's another (and more controversial) possibility.

Could the Prime simply not be ready, and combined with the death of Steve Jobs gave the two companies a good enough reason to back off on the launch altogether? It seems crazy, especially considering the amount of hype surrounding Samsung's device. But to solely place your reasoning for delaying a product based on somebody's death that really has no bearing to you rings hollow.

But would Steve do It?

It's just dumb from a business aspect. Too many of us on these tech news sites focus too much on the technical -- what operating system these devices run, whether it has 4G, and the design of it. The average consumer doesn't give a crap, frankly. They could walk in wanting an iPhone and walk out with a Droid Bionic, come in looking for the Samsung Galaxy II S, leave with an iPhone 4S. We really overblow the whole Android vs. iOS thing when it comes the average Joe (not Wilcox).

So any delay can and will hurt sales of your device. If you're going to hold off on its release, you better have a damn good reason to do it. I know there's a lot of us out there who respect Jobs -- this journalist included -- but even he would say business is business, and probably also told his people not to stop his own company's plans over his death.

I commend Samsung and Google for being respectful in a time like this, but I will most definitely scorn them for making a move that seemingly lacks in business logic. Sometimes you overreact in grief, and this is certainly one of those moments.