Got Google Apps? Now you can get Google+ too 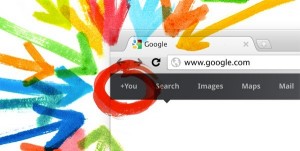 Nearly four months to the day after Google first unveiled its social network to the masses, the search giant on Thursday opened up Google+ to users of its Google Apps platform. While users of standard Google accounts have been able to sign up for the service without an invite since late September, those registered under a Google Apps account remained logged out.

Google claims that technical issues prevented a faster rollout for Apps customers, but did not specify the exact cause of the delays.

The process is not automatic: each Google Apps administrator must turn on Google+ within their administration panels. However, once activated users will be able to sign up from the Google+ front page when logged into their accounts like any other users.

"Google Apps fans, today we’re ready to add you to our circles", product manager Ronald Ho says. He adds that Google Apps users on Google+ would gain additional benefits over the standard user. For example, in addition to the standard Public and circle-based sharing options, the Apps user will also be able to share within their organization.

Ho says the company is working on a tool that would assist Google+ users who used their personal accounts to gain access to the service to migrate them to their Google Apps logins. "We expect this migration option to be ready in a few weeks", he says.

5 Responses to Got Google Apps? Now you can get Google+ too