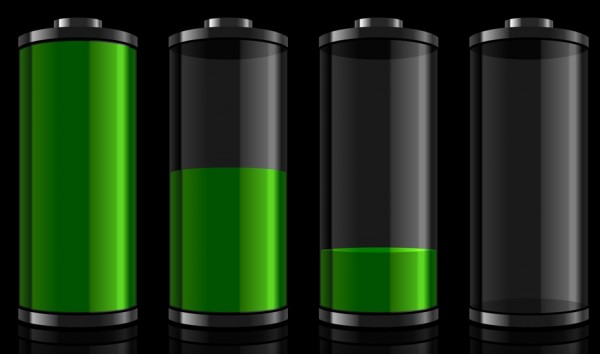 There is no denying that the iPhone 4S has battery issues. Despite Apple claims to the contrary, there is a significant number of users with problems, based on what I have seen in both my own experience and across the web. It is an issue that deserves Cupertino's full attention.

Is it really as bad as it seems? Has 'Batterygate' taken on a life of its own, far surpassing the true weight of the situation? There is tendency in this era of the 24-hour news cycle to overhype, and Apple's battery woes are no exception.

I experienced iPhone 4S' poor battery life firsthand. What started as a full charge in the morning had me running to the charger by bedtime. If I didn't charge the phone before hitting the hay, I woke up to a dead phone. It was an annoyance that needed fixing.

Apple did so, at least for me, when releasing iOS 5.0.1 on Thursday. The difference was clear within hours. Battery life is much improved, dramatically so in fact. Now with three full days on 5.0.1, I can report at least a 40 percent improvement in battery life overall. Whereas I got maybe 20-24 hours before -- now around 36 hours. My iPad 2 (which had no battery life issues under iOS 5) maintains its battery life in iOS 5.0.1.

Apple gets passing marks from me in the "fix my battery life" department. Could Apple do better? Of course, but after my initial experiences, I will take that extra 12 hours.

Not everyone is so lucky. The update receives mixed results depending on who you talk to. Some say the update is a godsend, like myself. Others say that they see no change at all. A vocal contingent complains 5.0.1 makes things worse.

What happened here? The fact that some see dramatic improvements in battery life -- or the inverse -- lends credence to Apple's explanation of the issues as a "bug" within iOS 5.

You cannot mask a hardware problem with a software update without affecting performance, and that has not occurred. What is the evidence of this? I don't know if you truly can prove that without a good deal of supposition. The only hardware-related explanation that is plausible are variations in component manufacturers. Some phones may have parts sourced from a different supplier. Again a software update won't mask a hardware problem, so is this a likely cause?

PCWorld's Jared Newman writes an excellent analysis on battery life. He points out that the iPhone 4S is not the first smart device to suffer from battery life problems, because smartphone batteries "suck" in general. Look at the HTC Evo 4G. The Droid Charge. Any LTE phone. Battery life is not a selling point with these devices!

Furthering my point: the Droid Incredible is known for battery life issues following an update to Android OS 2.2 "Froyo". I had a friend who experienced that one first hand. She is not a happy camper. That just proves the point that software can be everything.

iPhone 4S is nothing different from any smartphone , and if you're going to return it, then you should return them all. Battery life is not a showstopping defect. It's an issue the industry needs to address overall, and without a breakthrough will only get worse as Newman says.

The tech press shares some responsibility here in reporting this story accurately. While there is a battery life issue, there is nothing but anecdotal evidence to understand its extent. Like Antennagate before Batterygate -- which required phones to be held in a certain manner that most do not -- we have a tendency to overdo it.