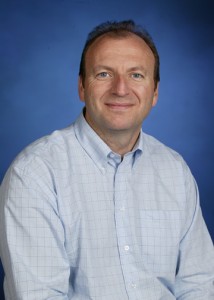 I'm scratching my head wondering. You want to answer that one? If you work for Microsoft, I'd love your anonymous response.

This afternoon, in an email sent to Microsoft employees, CEO Steve Ballmer announced that Terry Myerson would take over the Windows Phone division, replacing Andy Lees, who only assumed position of "president" 14 months ago. Lees is the second divisional leader moved out by Ballmer in about 11 months. The other: Former Server and Tools president Bob Muglia.

Lees' move sideways, into an unspecified role, could be read one of two ways -- perhaps both: He's being sidelined Japanese management-style to that position of uselessness following Windows Phone's colossal market failure; or he gained success against insurmountable odds and is being called on to take a new role vital to the future of Windows, Windows Phone and Xbox -- three pillars of Microsoft's three-screen strategy. If the latter, Lees' future Windows Phone role may be secure while on a sort-of sabbatical reporting directly to Ballmer.

Before continuing, the text of Ballmer's email, which Microsoft publicly released:

We are driving toward the end of the year with a lot of momentum and buzz, especially in the consumer arena. The new Xbox dashboard is being well received, Kinect and Xbox consoles set a record for Black Friday weekend sales, the Windows Store news from last week delighted developers and partners, Windows Phone 7.5 continues to win reviews, and the Nokia Lumia series has grabbed a ton of attention in Europe, creating anticipation for availability in other geographies next year.

As I look at where we are, what we’ve done, and what we must do in the year ahead, I’m making two leadership changes to ensure we build on our momentum. First, I have asked Andy Lees to move to a new role working for me on a time-critical opportunity focused on driving maximum impact in 2012 with Windows Phone and Windows 8. We have tremendous potential with Windows Phone and Windows 8, and this move sets us up to really deliver against that potential.

Second, as Andy takes on these new challenges for the company, Terry Myerson will assume Andy’s existing responsibilities for leading the Windows Phone Division. As many of you know, Terry played a key and highly successful role working with Andy by leading the engineering work on Windows Phone 7 and 7.5. Terry will now be responsible for Windows Phone development, marketing, and other business functions. Because Terry has been so integrally involved in our Windows Phone work already, I’m confident that he can make a seamless transition to this new and broader leadership responsibility.

Both these changes take place immediately.

I want to personally thank Andy for his contributions to the phone team. In the three years Andy has been leading the phone group, we’ve come a long way – we reset our strategy, built a strong team that delivered WP7 and WP7.5 and created critical new partnerships and ecosystem around Windows Phone. That is a ton of progress in a brief period of time, and I’m excited for Terry and team to keep driving forward and for Andy to dig into a new challenge.

It is amazing to pause and look back at what we’ve accomplished as a company this year, from our incredible product momentum to the formation of several powerful partnerships and the overall strength of our leadership team. And you know I’m a look-forward kind of person, so when I look forward to 2012, I see even more opportunity and potential in what we have planned.

I could interpret the email two ways. Ballmer says: "I fired his ass, but he's too high level to just show the door". Or: "I need him to help the magical to occur -- bring Windows desktop, embedded and mobile to a single code base when Windows 8 launches". Or: "He's going to help get this Nokia partnership really going, cause it ain't right now going fast enough". Or -- take your pick of whatever skunk-works project that might be "time critical".

First up, the Ballmer has moved Lees, short of sacking him scenario. In January post "Steve Ballmer finally shows who's in charge", I explained how he had ushered in a new era of accountability at Microsoft -- something long lacking at a company where jobs seemed guaranteed for life. Suddenly performance mattered where it hadn't enough before: Among Microsoft's top brass. In 2010, Ballmer sent Robbie Bach (another division president -- Entertainment and Devices) packing, along with Steve Jobs wannabe J Allard.

From a strictly execution perspective, Windows Phone 7.5's launch went well. Microsoft got updates to existing customers pretty quickly and new WP smartphones are impressive -- there has been some clever marketing, too. Microsoft has released a compelling operating system that is remarkably different from Android and iOS. Problem: Windows Phone bleeds market share, while Android and iOS suck it up like vampires. For example, at end of third quarter, in the United States, Windows Phone had 1.2 percent share among US smartphone subscribers, according to Nielsen. Hell, that's less than Symbian! By comparison, Android and iOS had 42.8 percent and 28.3 percent share, respectively. That's the measure of failure, in a really big way.

On second thought, I'm convincing myself that Lees is sidelined and as a leader, forgive me, castrated. Hell, he is no longer a Microsoft president -- and over one of the company's most strategically important product groups. As I got to writing the paragraph above, I remembered to check the AllThingsD story that others say broke the news. The first comment, from Christopher Budd, fits with my thinking -- and he should know better than me:

Having worked there 10+ years I can say this is probably the first sign that Windows Phone is failing. They never just fire someone outright at that level and on a product that is that strategically important. Read between the lines and you'll see that Lees is losing his title and (most importantly) his power: he reports directly to Balmer as an individual contributor (IC) it seems.

I wouldn't call it the "first sign that Windows Phone is failing". There are plenty of others. But it's likely the Lees era is over at the Windows Phone division. Microsoft has fallen too far behind and can't get up. In February 2010 I called Windows Phone a "lost cause", and that looks more true today than ever.

The only hope I see is a unified OS strategy, based on ARM, for PCs, tablets and mobile handsets. There Microsoft could leverage the existing Windows ecosystem and perhaps play catch up with Nokia assistance. But Samsung is destined to be the new Nokia -- in no more than two quarters, I predict -- meaning the South Korean manufacturer sells more mobiles in more places than its Finnish rival. Year today, Samsung has sold 300 million handsets, putting his run rate close to Nokia's.

If Lees is working on something like a unified OS strategy, good luck to him. Microsoft's relevance in the post-PC era may depend on such a project's success.