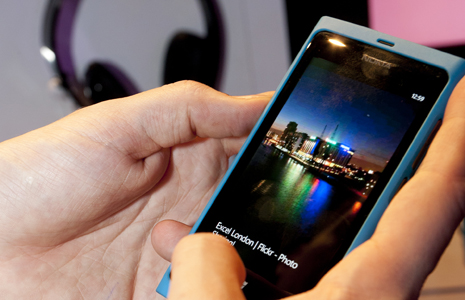 At face value, Nokia's results for Windows Phone are solid. One million Lumia devices sold in just its first quarter of availability. The sales add a bright spot to an otherwise gloomy Nokia calendar fourth-quarter earnings report, where smartphone sales slid 31 percent amid a 21 percent year-over-year drop in revenues.

The real story here though is the cost to Microsoft to ensure that success. Microsoft agreed to pay Nokia $1 billion to abandon Symbian as primary operating system for Windows Phone, according to reports soon after the deal was announced in February 2011. The Redmond, Wash.-based company paid Nokia $250 million in the fourth quarter for "platform support payments", meaning each device cost Microsoft about $250 before any royalty payments received. That's a run rate of a billion dollars per year. So just how much is Nokia giving back to Microsoft?

Microsoft has never publicly disclosed the royalties it charges for Windows Phone 7, although reports claim the company receives around $15 for each device sold. Nokia is key to Microsoft's strategy to make Windows Phone relevant, so it's likely if that number's true the Redmond company had no choice but to accept a smaller payment.

With Lumia's early success apparent through Nokia's quarterly results, and the disclosure of the payments Microsoft is making you have to wonder if it's all worth it. While a high cost, it's paying early dividends. Not everyone's impressed, but Microsoft arguably stole the show at CES 2012 thanks to the Lumia 900 and HTC Titan II.

This excitement has lead to positive press: IHS iSuppli wireless analyst Wayne Lam says Windows Phone will become the second biggest mobile platform in 2015. While a boisterous claim, it keeps Windows Phone in the headlines -- and in a positive light.

On the flipside, there are pitfalls to this strategy. By giving Nokia such favorable terms, it is preventing itself from getting terms more favorable to it with other manufacturers. That may force the company to make a decision in the not too distant future to end the royalty structure and "give away" Windows Phone much like Google does with Android.

(That will also destroy one of its key arguments in demanding royalties from Android manufacturers -- that Google's strategy puts it at a competitive disadvantage.)

There's also more expenditures to worry about: as BetaNews first reported during Consumer Electronics Show 2012, Microsoft is planning a huge ad blitz to surround the launch of the Nokia Ace (otherwise known as the Lumia 900). With $100 million being spent on launching that device alone, and as much as an additional $100 million to be spent on the marketing of other devices.

It's a lot of money, that's for sure.