What? You think Windows 8 Leap Day is coincidence? 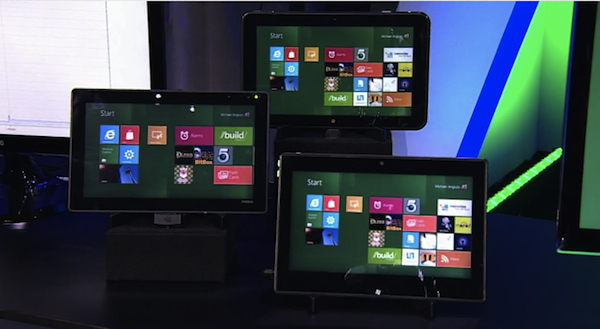 Good marketing is all about subtly and communicating a complex message simply. But in the era of tech events, particularly Apple's during the second Steve Jobs era, their announcement is something of an artform. Microsoft's Windows 8 Consumer Preview event announcement is rich in subtly and foreshadowing, simply by a date. February 29.

Leap Day comes once but every four years. It's a special day that seems to have been specially chosen: Microsoft will hold the Windows 8 event in Barcelona, Spain, during Mobile World Congress (Feb. 27 to March 1). Not on Day One or Two, which customarily are when vendors make their big announcements (as is Day 0), but on Day 3 -- and that's typically when people already bug out of the show. February 29 isn't random then.

Windows 8 is a big product for Microsoft -- and its hardware, software and channel partners. Windows PC sales are way down, even as Mac sales soar and iPad chips away new computer purchases. Meanwhile, the new operating system marks Windows' support for ARM processors, re-emphasis on native code development, major user interface changes (Metro, Ribbon and even Kinect) and push to reclaim tablets from Android and iOS.

Leap Day's subtle message is leap ahead -- that Microsoft plans to leap ahead with Windows 8. I see something else: Customers and partners (developers, particularly) making a leap of faith. Windows 8 will bring much change, which many customers will see as increased risk. Many don't want to leap anywhere. They want to stay where they are.

But the date isn't the only subtle message here, veiled in foreshadowing. So is the name. Microsoft isn't calling the public test software "Beta" or "Beta 1" but "Windows 8 Consumer Preview". There's meaning to that choice. In January 2009, Microsoft made Windows 7 Beta publicly available, then skipped Beta 2 and went right to Release Candidate. The use of "Preview" foreshadows similar timeline, and as I explained last week, timing along such a path assures gold code release to manufacturing by August and so official launch by late October.

There is other meaning behind the name. "Preview" is the new "beta". All of Microsoft's major, recent public testing releases -- what once would have been betas -- were previews. Look back, Preview was the darling of 2010 betas. What proceeded this month's big consumer test OS? Windows 8 Developer Preview. It's forebear and subset: Internet Explorer Platform Preview. Perhaps you remember Office 2010 Technical Preview, back in 2009, among many other like-named betas.

Preview has a nice ring to it, don't you think? Beta is loaded with baggage connotations from a by-gone era. Preview's connotations are forward-looking, getting a sneak peak of something special. Developers got their sneak peak in September, consumers will get theirs, too.

Preview also removes barriers to download. Beta's connotations are too much testing, which will put off some people. Preview entices more than does beta. Microsoft wants as many people as possible who are willing to download Windows 8's pre-release code. There are lots of changes to evaluate from usability and technical perspectives before RTM.

Then there is the huge marketing potential, of widely distributing Windows 8 ahead of its launch (and likely converting many Previewers to buyers) and generating lots of ongoing buzz to drown out persistent clamoring about the next Apple thing. You know, that compact 9.7-inch iPad 4 with 4,000 ppi display that folds out into 110-inch flexible-screen TV and syncs content with iFridge, iCar and iBaby Stroller.

13 Responses to What? You think Windows 8 Leap Day is coincidence?