Intel's Studybook can be a success 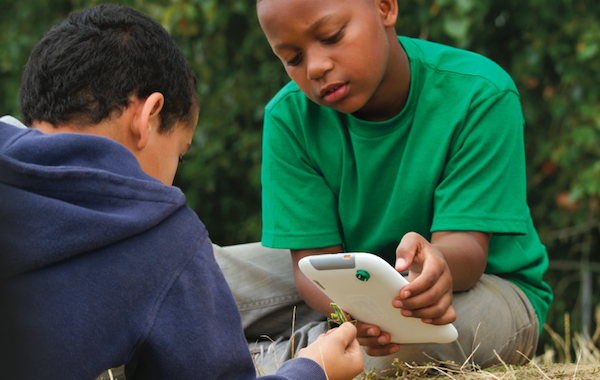 Intel is putting more effort into their Atom CPU series, especially for the next generation of tablet computers. Along those lines, yesterday's Intel Studybook tablet is exciting. I really like the idea of this tablet. As the name implies, Studybook is a 7-inch tablet running Windows 7 or Android 3.x designed for students.

There is one challenge, though, and that is the Atom CPU, especially if such tablets use Windows instead of another operating system. So, is the Atom microprocessor up to the task?

The Three Hurdles of Windows Tablets

There are three basic hurdles when designing a tablet that will run the Windows operating system. Obviously power is an issue because battery life is vital to mobile devices. The choices made in things like the CPU, GPU (usually integrated into the CPU) and SSD can hugely impact battery life. The Atom CPU is designed specifically to use less power than its more powerful desktop cousins.

The second issue is the actual computing power of the CPU. There is no doubt the Atom CPU is not a powerhouse when compared to Intel desktop chips.

Lastly there is the SSD's capacity. Windows alone needs some room, just by itself, but today's Windows software tends to be bloated and resource hungry, so drive space can be a serious issue.

Is the Atom CPU Up to the Challenge?

I find the Atom to be quite powerful and a decent CPU and well suited to Windows tablets. The problem is not the microprocessor, but whether programmers are up to the task of writing efficient software for Windows tablets. Even Microsoft realizes the need to write software that performs better. Microsoft's Herb Sutter, in his talk "Why C++?", comments on the need to write software that has better performance.

This I can agree on. If software developers would concentrate more on writing software that is faster (better utilizes the CPU) and smaller (takes up less space on the valuable SSD), Windows tablets like Intel's Studybook can be a success.

Today's programmers could learn something from the old timers who remember writing software on computers with less than 1MB of RAM, with floppy drives rather than huge hard drives and with CPUs that have 1/20th the computing power of the Atom microprocessor. Every computing cycle of the CPU mattered! Quality compilers which generated machine code that used less CPU cycles mattered. Code had to be efficient and well-written.

If you want to be able to write software well-suited to Windows tablets with Intel Atom and small SSDs, then to quote Herb Sutter, "the free lunch is over". We need to get back to the ways of early programming. Maybe we need to start counting CPU cycles again. Maybe we need to reconsider how (and what languages) we write our software.

Is It Possible to write Faster, Smaller Software?

Absolutely! Now, I am not a C++ programmer (nor do I use any Microsoft languages) so I can't speak for the mainstream developers today, but I do know for sure that one can write such software. I deal regularly with a community of programmers who jokingly talk about "being able to write software which can fit on a floppy disk" (see: http://powerbasic.com) . We use a compiler made by a company with the motto of "smaller, faster" and writing software for a tablet computer with an Atom processor and a small SSD is no problem at all.

Can Software Really Be That Small in Size and Still Be Powerful?

Absolutely! There are a number of programming languages capable of producing smaller, faster applications (please post about your favorite in comments). I can only speak about what I am familiar with though and that is PowerBasic. I design GUI tools for PowerBasic programmers and the one thing I have concentrated on is to keep the software as fast as possible, but still small in size.

My first generation GUI engine was a DLL that was 122 KB in size. I thought that was large at the time, over 10 years ago. A decade later, it has grown but the increased size does match all the new features it handles. The point: It is possible to write software that is tiny in comparison to much of today's software.

Software can be written so it runs fast, even on the lowly Atom. If a programmer's software runs poorly on tablets like Intel's Studybook, it's not the tablet's fault. As software developers we all need to start thinking in terms of "smaller, faster". If we do, then the experience on the next generation of Windows tablets, will definitely be "fast and fluid", even with desktop applications.

Metro, in the coming Windows 8, may be a nice new UI interface, especially designed for touch, but it won't guarantee the "fast and fluid" experience Microsoft would like to see, unless programmers do a better job in writing software.

I will be writing software for the Windows desktop, rather than Metro, and I have little doubt that it is possible to write "fast and fluid" software, with a small footprint, that will run exceptionally well on both Windows 7 today and Windows 8 tomorrow.

3 Responses to Intel's Studybook can be a success