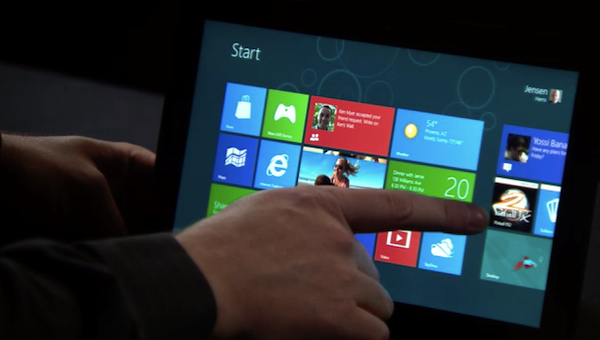 Common sense has returned to Windows product marketing. After rumors of nine Windows 8 editions sent me into near cardiac arrest last month, Microsoft instead has gone back to basics. The new operating system will come in just two editions for x86 processors -- Windows 8 and 8 Pro. If you're running Windows XP today, as most people still are, these two will be familiar to you, right down to the major differences between them, being similar to Home and Professional Editions. The third, Windows RT, is for devices running ARM processors, and, as Microsoft previously disclosed, will only be available on new hardware. You can install Windows 8 or Pro on your PC, but RT comes preloaded.

Hot damn! There's seriously fresh thinking going on over at the Windows & Windows Live division. Someone pinch me and pray tell I'm not dreaming. The only thing better than this would be lower pricing, which, admittedly, I'm not hopeful for. But one can dream within the dream!

Today's announcement also signals, with certainty short of alien invasion or Mayan-end-of-the-world predictions come true, that Windows 8 will ship this year. I'm still looking for October launch, and September is still reachable depending on when gold code is ready. Microsoft also tips that Windows 8 marketing will be Mad Men worthy. The stars are lining up for something truly exceptional, and given lackluster PC sales Microsoft partners need it.

I've long criticized Microsoft for the multi-edition approach, back to when product managers revealed the plan to me during meetings in late 2005. My suggestion then: One version and no more than two. Operating systems aren't toothpaste. Microsoft sought to create choice where none existed, because of the Windows monopoly.

Today, consumers have lots of choices. Mac market share is over 10 percent in the United States, according to Gartner and IDC, and tablets running Android or iOS compete against Windows Tablet PCs. Gartner and IDC report negligible market share for Windows tablets. By comparison, Pew Internet says that two out of every 10 American adults already own a tablet -- and, yes, based on other market share data most likely iPad. Given increasing competition for device dollars, the last thing Microsoft should do is make buying Windows any more complicated. Two versions for x86 plus one for ARM is enough -- it's just right.

KISS -- keep it simple, stupid -- is the kiss of death when not followed in marketing matters. Simplicity sells, complexity smells, and this is truer in marketing than almost anything else. I've long argued that one reason Windows XP hung around so long is the overwhelming marketing complexity -- and price increases with it -- Microsoft introduced with Windows Vista and continued with successor 7.

Microsoft chose the features differentiating one of the many editions from the next, rather than letting competition and consumer choice dictate them. Not surprisingly, buyers -- and OEMs selling PCs -- chose differently and consistently two editions: Home Premium and Enterprise, the latter of which is purchased through Microsoft volume-licensing programs.

The market consolidated around two editions. Finally Microsoft meets that choice, by going back to basics: Home and Pro. I would still prefer to see one edition, which is what Apple does with OS X on the desktop. But I'm too giddy about the positives here to really complain.

Something else: Businesses and consumers have enough change to deal with because of Metro. The new user interface will jar many users and scar others, because, regrettably, many people don't like change. The last thing Microsoft should want to do is add complexity onto complexity, by pumping out mucho Windows 8 editions along with a radical user-interface re-design.

Windows 8 Pro is designed to help tech enthusiasts and business/technical professionals obtain a broader set of Windows 8 technologies. It includes all the features in Windows 8 plus features for encryption, virtualization, PC management and domain connectivity. Windows Media Center will be available as an economical 'media pack' add-on to Windows 8 Pro. If you are an enthusiast or you want to use your PC in a business environment, you will want Windows 8 Pro.

Windows RT will be a "single edition" for ARM processors, he explains further. It's clear the nomenclature plays off WinRT and emphasizes its importance. That won't mean much to consumers perhaps, but it will to developers and some IT departments. Windows RT is a Metro-only environment. Microsoft doesn't provide a legacy desktop, like with Windows 8 and Pro.

"Windows RT will include touch-optimized desktop versions of the new Microsoft Word, Excel, PowerPoint, and OneNote", LeBlanc explains. "For new apps, the focus for Windows RT is development on the new Windows runtime, or WinRT, which we unveiled in September and forms the foundation of a new generation of cloud-enabled, touch-enabled, web-connected apps of all kinds". As I explained in February, Windows on ARM is the future of the operating system.

One version makes sense. On ARM, Microsoft faces lots of competition, looking at Android and iOS lead on media tablets and smartphones. KISS is the only sensible marketing approach.

I originally titled this post "Three Windows 8 editions is just right, Enterprise is too many", but condensed it to cut Microsoft some slack. There's a hidden gotcha -- the third x86 edition not emphasized in today's announcement. Enterprise edition isn't going away.

I only see it as a problem if Microsoft keeps requirements applied to Windows Vista and 7. Microsoft demands larger businesses to take Enterprise, which requires they also pay up for Software Assurance, too. I've long argued this licensing requirement discourages businesses from getting off Windows XP.

If Microsoft applies same terms to Windows 8, then Windows Pro is nothing but reduced-feature Vista or 7 Ultimate Edition. Perhaps Pro and Enterprise will be the same functionally, but one only available through volume-licensing. If they're feature equivalent, why have three x86 editions at all? Two is enough. Three's a crowd.

So what do you think? Is this approach sensible or simple enough? I'm impressed now, but the devil is in the details, as they say. Pricing and any more surprises are details that will matter much.