Mom is a Google girl 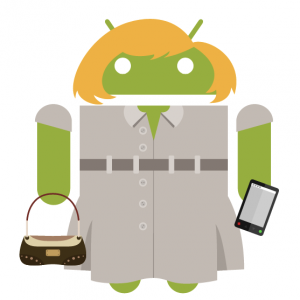 I never expected my 70 year-old mother to ride the cutting edge of technology, but she's there, living in the cloud, which she embraces enthusiastically. What's that saying about not teaching old dogs new tricks? Perhaps you can.

Mom's daily tech is way out there, and you can blame or credit me for lifting her there. But she's a willing participant, happily adopting new habits, which in the end wasn't so difficult once she recognized the benefits. Perhaps your mother will, too, if you give her the chance. Mom uses Android phone (Samsung Nexus S), Chromebook (Google Cr-48) and Google TV (Logitech Revue). She lives in the cloud via these Google-powered devices and associated services.

Technology is all about lifestyle, but more highly pronounced in the cloud-connected device era, driven in part by vendors' product philosophies and marketing strategies. Choose any product company at the height of its dominance, and for some even after, there is lifestyle behind them -- Ford, Harley Davidson, IBM, Kodak and Sony, among many, many others. People choosing Linux or Macintosh during the 1990s and early 2000s made lifestyle choices different from the DOS/Windows majority. BlackBerry and Palm Pilot presented connected lifestyles during the past decade. Examples abound.

For mom, the Google cloud lifestyle works well, although it's nowhere near where she started. I bought mom her first computer, a refurbished Gateway laptop, in 1999. She used Windows PCs through 2008, when I shipped her the last iMac G5 produced by Apple (released October 2005). I did this because the Windows lifestyle wasn't working for either of us. She had a terrible experience where in November 2006 Microsoft's "Genuine" tool wrongly flagged her HP PC -- that I had set up and shipped -- as having pirated Windows XP (it most certainly did not). Occasional malware and other problems led me to offer the iMac.

The Apple lifestyle worked well for mom, and she often expressed how much she loved her Mac. It worked for me, too. I received much fewer tech-support calls from her. But in other ways, the Apple lifestyle fit poorly. She didn't own iPhone, iPod or digital camera. The Mac wasn't her hub for digital lifestyle -- as Apple cofounder positioned the platform at the start of the Millennium. Mom played a few games on her Mac, but largely the web browser defined her digital lifestyle.

Last year, the iMac's graphics card started to fail. Mom badly needed a new computer, being in a wheelchair and relying on the Mac for information and connection to others. She gets out most every day during summer months, but she is more apartment-bound during long New England winters. A new Mac didn't fit either of our budgets. Apple demands too much to join the Mac club -- $1,200 starting price for a desktop PC.

I considered the Cr-48 Chromebook, and we discussed it as an option for about two weeks; she was lukewarm. Then my niece visited her grandmother, and to my absolute surprise she had used a Chromebook at work. That sold mom, who proactively asked me to send the Cr-48. Chromebook isn't a perfect fit, in part because mom moved from a 17-inch to 12-inch display.

Mom also had to learn new habits, even though she already spent most of her life in the browser. She also switched from Yahoo to Gmail, which better suited using an Android phone. All in all, she has expressed satisfaction with the change, with one caveat: Netflix streaming is sometimes choppy. That's more a hardware problem than issue with Chrome OS.

I'm considering a new Chromebook for her, which should solve that problem. Acer Chromebooks start at $299. Timing is right, particularly with desktop-like UI motif coming to Chrome OS. Google didn't initially release "Aura" for Cr-48, but it's available now. She must not have the motif, or I would have heard about it. I'll ask today.

Chromebook fits mom's lifestyle -- and mine, too. Google frequently updates Chrome OS, which development closely tracks with the web browser. I've had one tech call from her in 10 months, and neither of us worry about viruses. All her stuff stores in Google's cloud, so there's less concern about losing valuables in the event of hardware failure. Setting up a new Chromebook will be as easy as logging in with Google ID.

In December, mom got some unexpected Social Security money and used two-thirds of it to buy a 46-inch television. What an opportunity for Christmas: I upgraded her PC with Google TV. Mom's vision isn't so good, and it seemed to me that doing email and the Web on a big-screen would be better. Plus she could stream Netflix to the television -- more sensible locale than the computer. I sent her the discontinued Logitech Revue, because of the PC-like keyboard.

Google TV was easier for mom to grasp than Chromebook for two reasons that I would never have guessed: Apps and Android. Her Android phone experience made Google TV more intuitive than Chrome OS, which surprised me; I reasoned that the browser would be the more familiar interface. Perhaps, but if you're looking for more out of any computing device, apps and customization matter more -- and these attributes made Google TV easier to use and more familiar to her.

Revue instantly appealed, and now mom moves among Google-OS devices -- Android, Chromebook and Google TV -- depending on context. The stuff that matters to her is available on any of them.

Mom lives in the cloud now. She doesn't have a digital camera; Nexus S is it. Unlike iOS, Android presents sharing options with each photo. So she can snap and share to Facebook, which is her primary social network, because that's where her kids and grandkids hang out. Or wherever else. She doesn't use Chrome for Android beta, but I need to change that. Browser sync across devices is another benefit she could use.

Mom embraced something new, and benefits greatly from changing her habits. She was always pretty flexible and adaptable, generous and good natured. She deserves better than I can give her. I remember her for lots of things this Mother's Day, but they're not tech enough for BetaNews. Her Google lifestyle is, though, which is why I write about it.

Now if I could only interest mom in Google+. :)

30 Responses to Mom is a Google girl