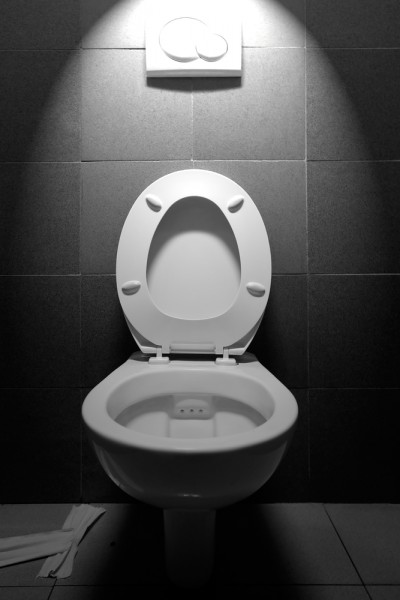 In March of last year, I boasted: "If Windows phone is No. 2 by 2015, I'll kiss Steve Ballmer's feet". Looks like Microsoft's CEO and I get a year's reprieve. Once again, IDC makes ridiculous, bold claims about how Windows Phone will ascend to second place in market share, now in 2016. Oh, pleeease forgive my skepticism considering how Windows Phone share has done nothing but fall like a rock -- 1.9 percent sales share in Q1, according to Gartner.

It's a year later in the forecast, so I'm making a new pledge. Since my prediction and ego would be in the toilet, I'll clean Ballmer's if Windows Phone rises like IDC predicts. It's a pledge I never expect to fulfill, so it's easy to make. Besides, in this newer forecast, IDC places an escape clause, suggesting waning confidence Nokia can lift Windows Phone so high.

Before getting to Windows Phone, let's dispatch with Android, and the headline you'll repeatedly read today as the Apple Fan Club of bloggers and journalists wallow in another IDC prediction: That Android growth will peak this year and fall by 2016. Defeat is in their grasp! Long live iPhone! Eh, yeah. What about iOS/iPhone peaking and falling below Windows Phone within four years? IDC expects Android smartphone OS share, based on shipments, to reach 61 percent this year but fall to 52.9 percent by 2016. Oh, the grief Google product managers must be experiencing today. What a terrible crisis to have only 53 percent market share -- or more than the next two competitors combined. Let's pause a moment and wipe a tear for Android.

But we needn't weep for iOS/iPhone, since I believe IDC is wrong about Windows Phone and the forecast puts Apple and Microsoft mobile OSes neck and neck -- 19 percent and 19.2 percent, respectively. For Apple that's a decline, by the way, from 20.5 percent, which granted is nowhere near Android's predicted fall. IDC sees Windows Phone rising from the wallows of 5.2 percent this year. Whoopsie, IDC's forecast for both is Windows 7 and Mobile combined.

The point: IDC doesn't have a crystal ball or time machine. Its forecasts are often wrong and have repeatedly proven to be so regarding mobile devices -- there it's not alone.

The newest forecast is flawed in many of the same ways as its predecessors. IDC assumes that Nokia's reach, particularly in emerging markets, will lift Windows Phone shipments. At last, IDC concedes this by placing a big "exit in the case of emergency" clause in the new forecast by qualifying: "Assuming Nokia's foothold in emerging markets is maintained".

1. Samsung ended Nokia's 14-year handset lead during first quarter, as measured by shipments and actual sales. Nokia market share slumped from 25.1 percent year over year to 19.8 percent in the broader handset market, or a 22.7 percent decline. Nokia is caught between a rock and a hard place -- declining feature phone sales and Windows Phone transition.

2. IDC's first-quarter data on shipments and Gartner's on sales show Nokia losing momentum in emerging markets, even as smartphone conversion accelerates. Samsung smartphone shipments soared 267 percent in the quarter, according to IDC, while Nokia fell 50.8 percent. Looked at differently: Smartphones accounted for 43.9 percent of actual Samsung sales in Q1, but only 16 percent for Nokia.

3. IDC forecasts a 10-percent decline in feature phone shipments, the majority going to the same emerging markets where Nokia is strongest -- places like China and India. Handset owners aren't upgrading to newer "text and talk" mobiles or to smartphones, mainly because of economic uncertainty or actual hard times. If people don't buy in Nokia's core markets, Windows Phone doesn't gain share from its major distributor, creating more opportunities for Android and iPhone to sweep away customers later on.

4. Samsung accounts for 40 percent of Android sales, and this is a new and rapidly accelerating trend. More significantly, Gartner's Q1 data on actual sales shows Samsung gaining in Nokia's traditionally core emerging markets. Samsung's success comes at Nokia's expense, raising Android while keeping Windows Phone down. There's a war afoot, and it's not between Android and Windows Phone but Samsung and Nokia. The Finnish phone maker is losing.

Kevin Restivo, IDC senior research analyst, says that smartphone growth "will increasingly be driven by a triumvirate of smartphone operating systems, namely Android, iOS and Windows Phone 7". That's not how I see the numbers. Unless something dramatic happens over the next 12 months, Apple and Samsung will dominate the smartphone market, leaving Nokia a far distant third at best.

Sorry, Steve Ballmer, you'll have to clean your own toilet.