Will Microsoft's mystery product be 'clap on, clap off' for mobile? 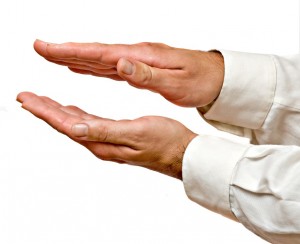 Cue up the rumormill for anyone's guess what Microsoft will announce at 6:30 pm EDT on Monday. I'll throw out one, inspired by software developer Robert Johnson, who occasionally writes for BetaNews (and we wish it was more often).

"If Mashable is correct and Microsoft really is gonna announce a self-manufactured tablet then it could possibly be a further refinement of the laptop that was rumored a few months ago", he speculated. "Remember how there were reports of people who had seen a device made by Asus that contained Kinect cameras?" Yes I do, and replied: "Kinect mobile has limited applications, but they're big for key enterprise markets, such as healthcare. Otherwise what have you got? 'Clap on, clap off' for PCs".

My wife laughed at the idea and got the meaning right away (as you should, too). Standing close to a small screen and waving, what else could you do? She joked: "No, it's an app you download" -- and she clapped. Then she honed in on Kinect PC for car keys. "You start clapping or waving, and they start beeping". I must say, there are lots of weird applications developers could create for Kinect built into a tablet or convertible. But be careful waving to friends during that video chat, you might open the garage door or delete the PowerPoint you spent two days creating.

"As far as Kinect for mobile, I think if you just think of Kinect as gestures, then yes, it's limited", Robert opines. "But Kinect is also speech -- and when you combine the two, I think you have a more broad base of applications. Because the technology is natural, a person would use a combination of gestures and speech to use a device".

Speech's value is obvious. But you don't need cameras or special sensors for that. Except that the best mobile devices are all about sensors -- how they respond to you and add personality and humanness. That's what Apple got right with the original iPhone. The handset uses motion and proximity to respond to you. It's also what Microsoft did so well with Kinect for Xbox, but with limitations. Sure, games respond to motion and voice, but the user stands far from the console. There's no intimacy.

Tablets, and also smartphones, are much more intimate, because of proximity and touch and for what the devices are used for. Microsoft already has released a Kinect SDK for PCs, but built-in cameras/sensors would change the user experience, making it much more natural, intimate and even human.

Robert gets it. "I may log in to my PC/phone by the PC recognizing my face. Or I may answer the phone by speaking to it. I personally find the Kinect interface on Xbox very helpful -- voice and gestures -- especially when I can't find my remote or don't feel like walking in the living room to use the remote. I am ready for the tech to make its way over to my other devices".

So perhaps there is broader utility than, say, healthcare or research and development -- or clap on, clap off.

Robert emphasizes that there will be a "ton of people out there who are thinking 'I don't have a need for that', but in reality, once they use it, they find themselves using it again and again". Truly innovative technologies don't extend the status quo but transcend it, by providing people something they didn't know they needed but realize after getting it they always wanted it.

Clap on, clap off, baby.

12 Responses to Will Microsoft's mystery product be 'clap on, clap off' for mobile?