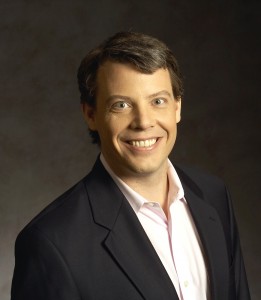 The rift between Amazon and its cloud competitors got a little wider on Thursday after Amazon Web Services' dominance in the market took center stage at the GigaOM Structure conference in San Francisco. Rackspace president Lew Moorman called for an open alternative to AWS, and warned the service is creating vendor lock-in.

Rackspace and Amazon are becoming increasingly bitter rivals as competition in the cloud heats up. Moorman's company is one of the leading participants in OpenStack, an open-sourced cloud standard. Amazon does not follow cloud standards, and that has lead to the development of OpenStack rivals such as CloudStack.

Soon Rackspace will compete directly with Amazon on the IaaS front, offering a cloud hosting service similar to AWS based on OpenStack, starting in August. Moorman obviously has a vested interest in pointing out Amazon's negatives.

Vendor lock-in is one area that Moorman has an issue with. "Once you’re integrated into a cloud provider it’s very tempting to use proprietary features of those clouds", he said. "And Amazon’s made great advances here and launched a lot of great services like SimpleDB and DynamoDB. But once you use these applications and once you use these components, you are truly fused to that cloud provider."

Another point Moorman brought up in his talk was the subject of AWS API cloning. Eucalyptus is an example of this. The company, which open-sourced its software that clones AWS APIs locally on Tuesday, is obviously who he is talking about. AWS endorsed Eucalyptus' activities back in March.

Moorman warned that simply cloning the API would not be enough. Since AWS is proprietary, those who clone the API would be simply baking the same compatibility issues into their own deployments that already exist in the AWS cloud.

"There’s the basic fact that APIs are nothing more than an interface to real technology", he argued. "They’re a bridge, a protocol. But the truth of the matter is the cloud is not a protocol".