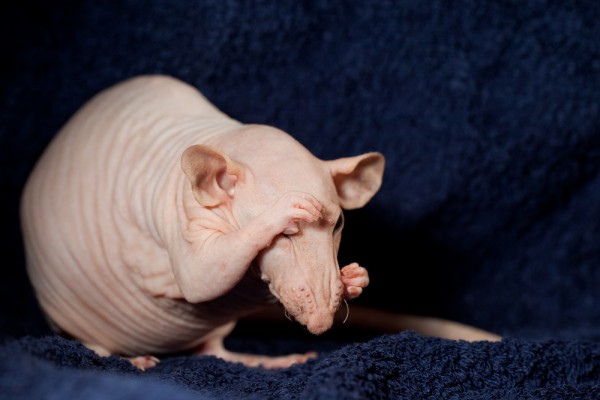 I'm ashamed of Apple, and myself for giving anything to iPhone today. To celebrate iPhone's fifth anniversary, I asked BetaNews writers to offer missives based on their experience using the handset. We published Wayne Williams' story on Wednesday, another by Chris Wright early day and my own this afternoon. Two other stories are in the queue. We'll run them over the weekend, however, instead of today. There's no longer any sense of birthday celebration in these halls.

Today, US District Judge Lucy Koh gave Apple a great gift for iPhone's fifth, that I see as anything but. Apple's preliminary injunction against the Samsung-manufactured, Google-branded Galaxy Nexus is an outrage and demonstrates how far fallen is Steve Jobs' company from the innovative spirit that brought iPhone to market. The original set the smartphone market ablaze and brought Apple to unimagined success as seen from 2007. There was a time when Apple innovated rather than litigated and up-ended so-called copycats by making bold, breath-taking successor products. But that Apple is gone, buried with Jobs, who sadly left this world last year.

Before the litigious spirit invaded Apple, innovation negated any need for litigation. iPod nano is my favorite example. In January 2004, Apple announced iPod mini, in five delicious colors, and started shipping about six weeks later. The music player immediately sold out. I luckily got one for my wife for Mother's Day because Apple Store Montgomery Mall opened that weekend and stocked iPod mini for the occasion.

By autumn 2005, competitors started shipping iPod mini knock-offs to stores for the holidays. Rather than meet them, Apple did something truly innovative, from a product marketing perspective: Left them behind. The company killed off iPod mini at the height of its popularity, a simply unthinkable act in retail, and replaced it with something better. In September 2005, in a stunning product unveiling, Jobs showed off the diminutive iPod nano, pulling it out of the coin pocket of his jeans. The gum-box sized music player was an instant hit.

iPod mini is a great example of what Apple does best: imitative innovation. The company culls from what others do and improves on it. Sadly, idiot fanboys will comment about how Apple imitates no one, just innovates. These guys really need to get out more into the real world. There's nothing wrong with imitation. There's everything right about it. Humans are gregarious and observing of each other. Copying, imitating is natural. How do you think babies learn to walk and to talk? They imitate adults.

Designers are some of the biggest imitators of all, looking to past successes and extending them to the present. In 1927, Kodak commissioned Walter Dorwin Teague to design a new line of cameras. The company wanted to increase its cameras' appeal among women. Teague presented the diminutive Vest Pocket line in five distinct colors. Nearly 80 years later, Apple chief designer Jony Ive applied the same five-color concept to iPod mini. Similarly, like Teague presented a smaller camera, Ive designed a smaller music player. Ive learned from Teague and paid homage to him, appropriately. iPod mini was the Kodak camera of its age -- life-changing consumer tech for the masses.

Jobs recognized the value of imitation as a way of driving innovation. In a 1990's interview he said: "Picasso had a saying, he said: 'Good artists copy, great artists steal'. We have, you know, always, ah, been shameless about stealing great ideas". That's what good artists do. They extend the great work of others and in so doing honor them.

So it's no surprise that Apple expected imitation and chose to check it through continuing innovation. That's the lesson iPod nano teaches and subsequent other Apple products, particularly those that defied convention and in process imitation. The original iPod should have been easily imitated, but competitors didn't get why the product succeeded. I spoke to some of them during the mid-Noughties, when working as an analyst. They bulked up features, such as FM radio listening or broadcasting, all while sacrificing battery life. Apple prioritized other attributes, such as simply sync, long battery life and easy use -- meanwhile making iPod smaller and cheaper to buy. iPod was more by being much less.

The Pride is Gone

iPhone is another example of imitative innovation. Apple didn't invent the smartphone, but its slate-design approach, capacitive touchscreen and use of proximity sensors transformed the user experience. The original iPhone responded to users and took on human-like qualities. Two problems overlapped: iPhone's revolution became an evolution of further designs. Meanwhile some competitors, Samsung most of all, got what made iPhone good. Samsung's imitative innovation propelled it to become, last quarter, the world's top handset manufacturer, and also for smartphones, as measured by sales, according to Gartner.

Apple fell behind Samsung, responding surprisingly. The Apple that once out-innovated competitors chooses to litigate when out-imitated. Rather than compete with Samsung and Android 4.x, Apple sues over patents -- many for arguably vague software processes. Koh's ruling is shameful. Apple demanding the preliminary injunction is shameful. The pride of 2005, when Apple outflanked copycats through innovation, is the shame of 2012.

Today, court briefs are the true measure and extent of Apple innovation. Apple can copy -- innovation by imitation -- but no one else. Apple engineers, you should feel ashamed at what suits -- the people wearing them and cases they file -- your company has become.

As an American I want to feel pride in Apple's accomplishments. Instead, three weeks ago, I boycotted Apple products because of the patent bullying. Today, I feel ashamed, because it's not enough.