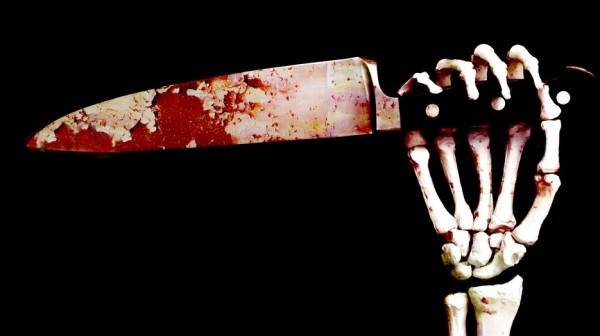 A letdown. That's the only way to describe Microsoft's Office 2013 announcement. With the fate of the Windows ecosystem hanging in the balance, the Redmond, Wash.-based giant is doing what it always does when faced with a tough, course-changing decision: It’s playing internal politics.

On one side you have the Windows division. Right now, they're facing an existential crisis, with Apple and Google poised to dominate the emerging post-PC landscape. Division head Steve Sinofsky and his team need all the help they can get to crack into this new territory that threatens to subsume everything that came before.

On the other side you have the Office team. Long the sacred cash cow of Microsoft's revenue model, these folks operate with a level of impunity unequaled within the walls of Fort Redmond. Their loyalty is first and foremost to their own divisional bottom line, and they traditionally have resisted efforts by the Windows team to get them onboard as early adopters for new OS and platform technologies.

So it should come as no surprise that the Office folks are sitting out the whole Windows RT mess. As with other big platform transitions (.NET), they’ve sampled Metro and said "thanks but no thanks." Instead, they've decided to stick with Office's aging C/C++ code base a while longer, thus missing out on a unique opportunity to show solidarity with their OS and platform brethren.

To be sure, the Office folks threw the Windows folks a bone or two. For example, all of the new Office 2013 apps support pinch-to-zoom and other common gestures. And the core Office apps offer a new full-screen mode that includes larger buttons for easier tapping/touching.

However, at the end of the day, they're all still traditional Windows applications, and that means limited integration with the rest of the Metro UI model. For starters, none of the applications support the universal “swipe-from-top-down” gesture to reveal settings or toolbars. And they're all still chock-full of layered dialog boxes and other tightly packed controls that are difficult bordering on impossible to navigate by touch. Basically, Office 2013 is a half-baked, inconsistent mess.

Now, to be fair, the Office folks are in a difficult position. As a semi-autonomous division within a large, publicly traded company, their loyalty must be to their own bottom line. Furthermore, as gatekeepers to the first party Windows application experience, they have to be careful when it comes to UI and architecture churn. In other words, the Office team can't risk alienating potential consumers of the company cash cow by chasing every crazy idea the OS and platform folks dream up (note: the river flows both ways -- it’s taken nearly six years to get the Ribbon UI into Windows).

Unfortunately, current market realities dictate that Microsoft must go all-in on its mobile and touch computing initiatives. Every single division needs to be on the same page if the company is to repel the BYOD hordes, and there's simply no room for the kind of partisan disinterest being demonstrated by the Office team. More than ever before, their stubbornness undermines the overall message.

Then there's the issue of optics. By refusing to fully embrace Windows RT and Metro, the Office team appears to be saying that they don’t yet believe in either technology as a long-term development direction. After all, the Windows team’s focus has always been a bit scattered -- sort of an “APIs with ADHD” mentality (see .NET, WPF and Silverlight, to name just a few). However, viewed from the outside, it looks like yet another in a long parade of internal schisms that have left third-party developers wondering which bits of the latest Windows API message to accept as gospel and which to discard as heresy.

Meanwhile, the Office division remains the rock on which much of Microsoft’s success was built. Too bad their unwillingness to embrace the pending sea change will likely spell the death of the software giant. Microsoft may yet win the battle with the BYOD heathens at the gate. However, without a unified platform and applications message to support WinRT and Metro, it’ll most likely lose the war.