Why does Google subsidize Nexus 7? 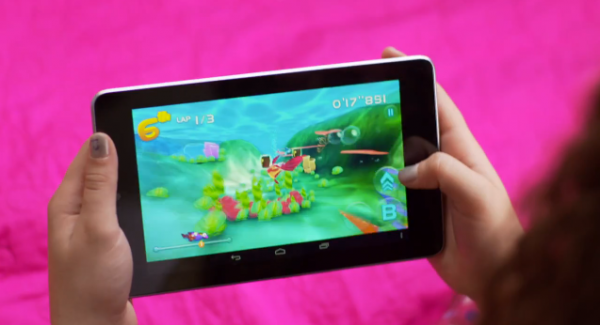 To understand why Google subsidized the Nexus 7, you have to first understand what makes the tablet market unique from all other forms of personal computing. All personal computing devices fall into three major categories: PC, cellphone, and tablet (with possibilities for more in the future such as “smartglasses”, which Google and others are developing).

The PC market is mature, there have been very few changes since the nineties; functionality has steadily improved and the only big change was the advent of the laptop, which changed the form, although, it didn’t change the two main players: Apple and Microsoft, with Microsoft’s hardware manufacturers also playing an important role. The players in the PC market have changed little (sure HP bought Compaq and IBM sold out to Lenovo). It would take a truly revolutionary product to change anything even though there have been attempts -- the constant presence of Linux, and the recent (relatively) introduction of Chromebooks for example -- none have have managed to have any impact.

Similarly the smartphone market, while not mature, and certainly not immune to change, has a stabilizing element in the form of wireless carriers. There is a constant tension between the carriers and handset manufacturers -- the carriers and their affinity for bloatware and branding, trying to keep the phone about them, and the manufacturers trying to distinguish themselves from the bunch, and not give too much power to one carrier, while still remaining in their favor. An example of this is Samsung Galaxy S III, which has the same name on all carriers (not very common), but AT&T still managed to exclusively carry a “Garnet Red” Galaxy S3.

This competition among carriers creates a third dimension to selling a device, and has allowed Android to succeed even though it is flawed by nature (Don’t believe me? Just look at the state of OS updates), and is also why the iPhone does so well, because Apple doesn’t have to worry about manufacturers, only the carriers.

So while the PC market is dominated by the OS makers that maintain rigid control over their systems, and the smartphone market is -- thanks to Android’s open source nature -- controlled by manufacturer and carrier, the tablet market is controlled by the content providers.

The tablet market is dominated by Apple, due in some part to great advertising and marketing. Their lead-the-market strategy makes the iPad almost synonymous with tablet, and rightly so with 61 percent of US tablet users last year owning iPads, according to Pew. Kindle Fire is next with with 14 percent, followed by Samsung's Galaxy Tab family (5 percent). Amazon's table attained such remarkable market share with less than two months of sales for the entire year. Kindle Fire's success motivated Google to move into the tablet market. Executive Chairman Eric Schmidt started dropping hints about the Nexus 7 back in January.

But the Question is, Who does the Tablet Benefit?

The 8GB Nexus 7 sells for $199, and comes with a $25 credit to spend in the Google Play store, so at a cost to the consumer of $175, the Nexus 7 is the cheapest mainstream tablet available. Margins are thin. IHS iSuppli's teardown puts Nexus 7's bill of materials and manufacturing at $159.25, which excludes marketing costs. Android tablets have largely failed; the continued dominance of the iPad as well as the meteoric rise of the Kindle Fire show that Android tablets need something else to succeed, so Google came as near to the quality of the iPad, while still at the price of the Kindle Fire.

Google contracted Asus to build the Nexus 7, so the manufacturer is also a winner. Asus is a distant fifth in tablet market share, and they make the somewhat popular Eee Pad Transformer line, which runs "stock" Android (Google's version).

So then, Who does the Nexus 7 Hurt?

Amazon loses the most from the Nexus 7, and Apple to a lesser extent too. There may also be some animosity between the Android manufacturers and Google. The nexus 7 under-prices all other mainstream Android tablets, and Google can only do that because they sell the content. Very few Android tablets besides the Nexus 7 will be sold in the near future, but Google still will make a profit off of the ones that do, and this may rankle the manufacturer’s hides, some may even consider pulling an Amazon and forking Android, however unlikely that may be.

We wouldn't want to forget about one other player in the tablet market, a newcomer, Microsoft. Randall C. Kennedy wrote an excellent article observing that Microsoft is manufacturing Surface because they won’t have to pay heavy licensing fees. Surface will come in a consumer version that runs Windows RT, and a business "Surface Pro" version that runs Windows 8 Pro they both have pretty much identical bodies, 10.6-inch screens cool covers, and a kickstand!

So if Microsoft wants to succeed in the tablet space, they first need to have a great price. At an analyst-estimated price range of $300 to $400, Surface may be able to carve a niche between the iPad and the Kindle Fire, but with Google increasing the competition in the 7-inch range, it’s going to be all that much harder for Microsoft. Secondly, Microsoft needs the rest of the content to come from somewhere.

The Nexus 7 is a great tablet at a really great price, and while there are many reasons Google would want to make a tablet with such a thin profit margin and compete with their hardware manufacturers, Google’s goal was to get their foot in the door of the tablet market, and we can be sure they succeeded in that.

19 Responses to Why does Google subsidize Nexus 7?