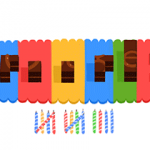 If you went to Google.com today, you probably noticed the logo was replaced with a fun little birthday cake animation celebrating 14 years of incorporation. Google was incorporated on Sept. 4th 1998, but chose today to celebrate the birthday. What does it matter when they celebrate, after all, Google has had a great year.

In April, Google released a concept video about Project Glass, fancy glasses with computers in them. In May, the search giant closed the purchase of Motorola Mobility. During the annual developer conference in June, Google made a lot of announcements, among them: Android 4.1, Nexus 7 tablet, Nexus Q and creepy but useful Google Now. The fun: skydiving, bicycles and rappelling down the side of a building. Big surprise: event participants could purchase a developer version of Google Glasses.

Google gets a break in the US, a warning in Europe

Trustbusters and other regulators still have their eyes on Google, which in response has maintained high lobbying presence in Washington. Is that effort paying off?

This week is surprisingly chock full of happenings -- good or bad, you be the judge -- for Google in the areas of lobbying and antitrust. Governments changed their positions on antitrust, rivals combined efforts and Google shifted strategy. All-in-all, it must be busy at the Washington, DC offices.

What Google could do with their $43 Billion in the bank 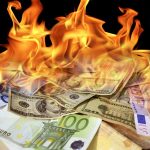 According to Google's recent earnings report, the Mountain View search company has $43 billion in cash reserves. I'm no business expert, but that number seems unreasonably high and I think Google should use some of that money. Some have said that Google has run out of ideas, so to alleviate the situation here are a few ideas:

Sprint Nextel Corporation, Cost: $13 Billion
Sprint isn't the smallest of the four main carriers in the U.S. but it would still be a great way for Google to get its foot in the door. Just imagine what Google could do with a carrier, Android phones could be subsidized into oblivion, phones would at last be updated, no more bloatware, full Google Voice integration, and if Google really wanted to do no evil then every phone they sold would be unlocked. There is also this to consider, Sprint carries the iPhone, so Google and Apple would be in an interesting situation, but Google could play this to their advantage, as they say “know thine enemy.”

Why does Google subsidize Nexus 7? 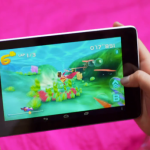 To understand why Google subsidized the Nexus 7, you have to first understand what makes the tablet market unique from all other forms of personal computing. All personal computing devices fall into three major categories: PC, cellphone, and tablet (with possibilities for more in the future such as “smartglasses”, which Google and others are developing).

The PC market is mature, there have been very few changes since the nineties; functionality has steadily improved and the only big change was the advent of the laptop, which changed the form, although, it didn’t change the two main players: Apple and Microsoft, with Microsoft’s hardware manufacturers also playing an important role. The players in the PC market have changed little (sure HP bought Compaq and IBM sold out to Lenovo). It would take a truly revolutionary product to change anything even though there have been attempts -- the constant presence of Linux, and the recent (relatively) introduction of Chromebooks for example -- none have have managed to have any impact. 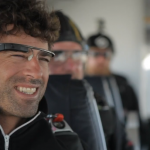 Two weeks ago during I/O, Google made many announcements, with Android 4.1, or Jelly Bean, among them. But there was more: Nexus 7 tablet, media-streaming sphere, new Google+ features, some updates to the Google Maps app, and Glass, Google’s idea for "smartglasses".

All these different products may make Google seem scatter-brained, but I think Project Glass accounts for many of the Android updates. Glass is clearly important to Google. Cofounder Sergey Brin says that he spends about 50 percent of his time on Project Glass. Google also went way out on a limb last April when releasing this concept video for a product, when at the time, they said they had no plans for bringing Glass to production, and they still have no clear plan today.

Paul Weber lives in small town Nebraska, and is in his junior year of high school. In his free time Paul likes to fold origami, cook, play the trumpet, and run.