Who's taking care of my Galaxy Nexus update? 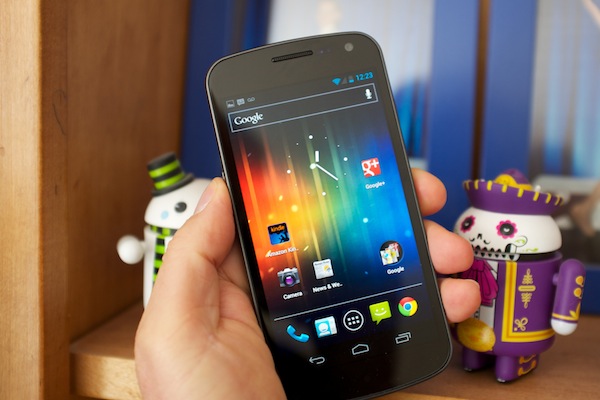 At the moment, the Samsung Galaxy Nexus is the only Android smartphone that can be experienced the way Google wants. Of course, there were previous Nexus iterations like the Nexus S and Nexus One, but with the Galaxy Nexus, Google got it right. Well, right enough that I recently bought one.

Your first days with any new device are the honeymoon. There’s the initial joy of opening the package and peeling off the plastic sheets on both sides and looking inside the box for accessories. Then, the battery is in its rightful place, the back cover is on, and at a touch of the power button the SAMOLED displays "Google." Things get interesting, the Android 4.0 Ice Cream Sandwich animation pops up, I run through the initial set up and bang, I am now using my new shiny Galaxy Nexus.

Suddenly there’s an update. After downloading, I check to see the version number. It’s only 4.0.2...must be an older batch so no worries there. Playing around for a few minutes (again) another one pops up, so naturally I allow it to install and to my surprise it’s running Android 4.0.4.

Then it’s time to check for Jelly Bean, which was one of the main reasons for buying the Nexus in the first place. I press "check for updates" and it hit me: it was already up to date. You can imagine what went through my mind, especially after Jelly Bean was released more than a month ago at Google I/O and Google pushed the update to HSPA+ Galaxy Nexuses via OTA three weeks ago. So what’s up, dear Nexus?

Apparently I’m a very unlucky person, as my phone isn’t updated by Google, but instead by Samsung, according to my research on the build number I have: IMM76K.I9250XWLD2.

That "K" after IMM suggests that Google isn’t the one taking care of the build, but Samsung. The ROMs from Google do not have that "K" in the build number, and Samsung, unfortunately, hasn't clearly stated when its devices will be getting the Jelly Bean update. OTA upgrades have reportedly already been pushed out in parts of Asia. U.S. users continue to wait and speculate*.

So you know what this meant for me? Searching for a way to get Jelly Bean installed on my own. I just had to do it. I find it very ironic that despite writing the article on Google posting the Jelly Bean factory images, I was actually going to do just that: restoring using the Android 4.1.1 Jelly Bean images.

But since I was forced to do it by my own "must have the latest software" compulsion, I decided to throw in the one with Google Wallet. Now my Nexus will get updates when Google decides, and I feel that’s how it’s supposed to be.

I am writing this article in the hope that it will help my fellow Samsung Galaxy Nexus owners understand why Jelly Bean doesn’t show up via an OTA update, and how they can update if they choose to.

*editor's note: Mr. Bamburic is based in Europe

16 Responses to Who's taking care of my Galaxy Nexus update?