Instagram is used by 40 percent of big brands, but only Audi uses it correctly 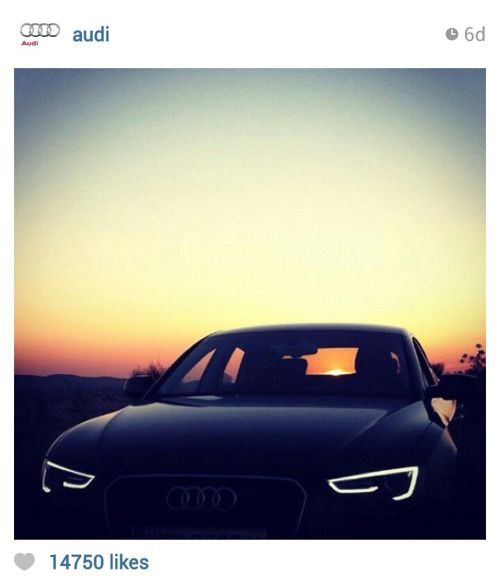 Social media analytics company Simply Measured released a study this week that illustrates the importance of brand presence on Facebook's photo-sharing social network Instagram. According to the survey, the nearly two- year old social network, with its 80 million users, has managed to attract the attention of 40 percent of the top 100 global brands.

Instagram’s adoption accounts for 40 percent of the Interbrand 100, which is actually the lowest in the study, but it has the most impressive adoption rate, when considering the background of the company. Instagram is currently owned by Facebook, through a $1 billion deal announced 4 months ago. The reason why a billion dollars was significant was because Instagram only had a dozen or so employees, and hadn’t generated any revenue.

Instagram currently has over 80 million users, and is expected to reach 100 million "by early fall." Despite until recently being available only on iOS, it has racked up more than 10,000,000 installs on Android in just a few months. According to Simply Measured, it took Facebook four years and Twitter five years to reach that many users. Instagram could do it twice as fast as Facebook did, and two and a half times faster than Twitter.

Who's the most popular brand?

Luxury brands such as Burberry, Audi, Guccy, Tiffany & Co and Hermes are in the top 10 most popular brands, with others such as BMW and Armani making an entrance in top 15, being on the 10 – 15 spot when it comes to total engagement.

60 percent of photos posted on Instagram by the brands on Interbrand 100 are filtered, with the “Valencia” filter having the highest engagement and a 7 percent usage and with “Lo-Fi” having the highest usage at 14 percent. It appears as if there is no recipe for success when it comes to the use of filters and instead there’s “room for trial-and-error” and optimization based on individual brand strategy.

Out of the Interbrand 100 brands using Instagram, Audi appears to be the most successful and the one that does what they are supposed to on a photo-sharing website: they post photos. They focus on posting pictures of their cars, which is their core product after all. But what the car manufacturer doesn’t do is announce deals, promotions or sales on Instagram, or direct their followers to Facebook contests. Basically Audi manages to have 4.5 engagements per follower on Instagram since June 20 2012, averaging 1,423 likes and 34 comments per photo; they also post once a day which helps keep momentum. According to the study, Audi manages to be much more effective when it comes to engagement on Instagram even if they have 104,511 followers, a relatively modest showing compared to MTV or Starbucks Coffee which have more than 7 times as much.

There are a few lessons to be learned when it comes to Instagram use, and one of those lessons comes from Audi. Judging by what Audi is doing, the key to success is to do what’s expected on a photo-sharing social network: share photos. Instead of utilizing it as a direct marketing tool, they use it properly. When it comes to the photo filters, it's not the most used that bring the highest engagement, but the use of the right filter that triggers an action from the users. Third, bigger isn’t necessarily better, and Audi’s numbers prove it. It's not the number of followers that bring the highest engagement on Instagram, but instead it's a combination of regularity of posting, the content of what's posted, and how it looks.

One Response to Instagram is used by 40 percent of big brands, but only Audi uses it correctly