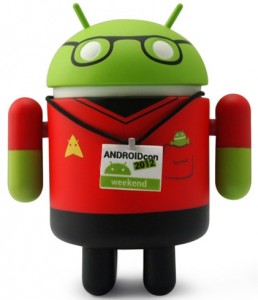 First in a series. I feel dirty. As I crawl my way up to my desk this morning, I get the sense that I'm somehow less than fresh. After all, I've just spent several days living on the very edge of Android's outer darkness, a place where evil lurks and "good" users know not to tread.

I'm speaking, of course, of the seedy underworld of Android device rooting, a subculture so far removed from the mainstream of computing that its denizens are hardly recognizable. It's a world that has always fascinated me. But as an outsider subject to the rules of "civilized" society, I could never fully understand the allure -- dare I say, the addiction -- that binds so many to this dark place.

So I did the unthinkable: I started rooting for myself. It began innocently enough. After some research in a sub forum of one of the more respectable Android communities, I discovered a link to my first hack -- a simple tool that would unlock the boot loader on my Acer Iconia tablet and give me "root" access to the operating system.

At first I was nervous. I had heard of noobs accidentally doing too much, too fast and ending up with a voided waranty and a bricked tablet. However, I reminded myself that the Iconia was a relatively cheap investment, and that its sacrifice -- should I survive my experimentation and live to write about it -- would not be in vain. So I launched the innocuous looking batch file and received my first real taste of freedom.

Needless to say, it was exhilarating. That first boot post-rooting was a blast. I finally had complete control over my tablet, and my brain was overwhelmed with a sense of endless possibilities. Of course, the initial euphoria quickly wore off (such is the way with so called "gateway" hacks) and I found myself craving an even more intense experience. That's when I began reading about "hardcore" Android rooting and tools like the ClockWorkMod and flashing recovery images.

It all came to a head when I finally took the plunge and installed a custom "unofficial" port of that king of Android homebrewing: Cyanogen.

My first taste of Cyanogen "Mod 10" (as the rooting junkies call it) was like a bolt of lightning. Suddenly, my tablet was blazing fast, with none of the bloated "crapware" from the factory image to slow me down. It also occurred to me that, outside of my new rooting brothers, I was one of the only souls on the planet running the elusive Android "Jelly Bean" on a 10.1-inch tablet.

I was truly on the cutting edge, breaking all the rules, living life free from the chains of vendor conformity. Now the problem was figuring out how to come down from my experience. Just as each new step towards freedom had been met with a rush of excitement and euphoria, I suspected that the process of stripping away those newfound capabilities and returning to the restrictive world of "official" OEM Android images, would be incredibly painful. I began to wonder if my psyche would even survive the trauma of pulling the plug.

See second story in this series "I'm an early adopter, and I can't help it" by Mihaita Bamburic

In the end, I did what any self-respecting geek would do when faced with such a dilemma: I never came down. Instead, I left my tablet fully rooted and running the latest build of that irresistibly unofficial CM10 port. In fact, I'm as high as a kite while I write this article in QuickOffice HD on my super sweet "Jelly Bean" Iconia Tab.

Bottom Line: I'm a rooting addict. I admit that. But what I won't admit is that I have a problem. After all, I'm a highly trained IT professional. I can handle all the raw power and emotional intensity that a fully-rooted Android tablet can put out. So shun me if you must and mock me if you dare. But don't you touch that sweet, precious slice of darkness that is my rooted Android tablet.

Disclaimer: Professional IT guy in a controlled environment. Do not try this at home!