How to install Jelly Bean on Galaxy Nexus 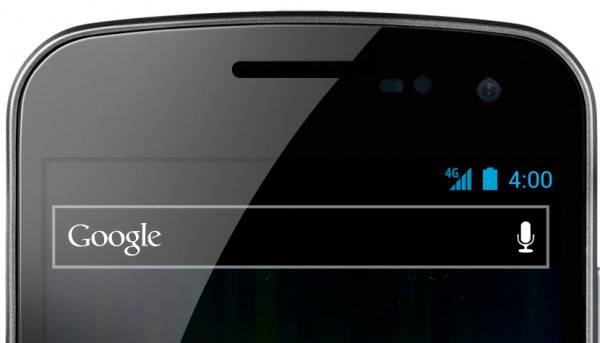 Before actually getting to install Android 4.1 Jelly Bean, you should know that this process will erase all the data on your Galaxy Nexus, so take notice and backup the contents of your smartphone before performing the install. The easiest and most conveniently available method to perform a backup is to select "MTP mode" when you connect your Galaxy Nexus to the computer and then copy all the data that you want to backup to your computer.

In order to install Android 4.1 Jelly Bean, the following two items are required:

You have to install Android SDK and after it has finished, open Android SDK Manager and select only the following two items:

Once you have followed all the steps above, you should create a folder somewhere easily accessible within the command line. In this example I will use a folder named "Nexus" in my C:\ drive in Windows; it has the path-name "C:\Nexus". 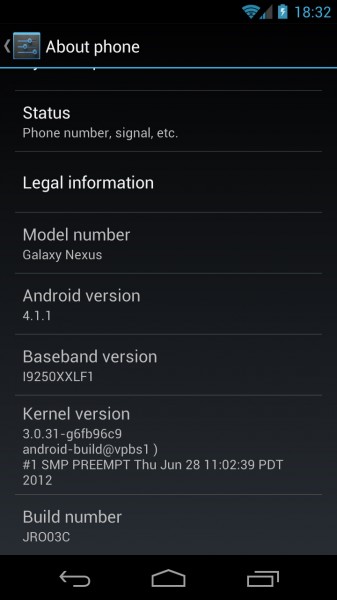 From the folder where Android SDK Platform-tools is installed (in my case it is "C:\Program Files (x86)\Android\android-sdk\platform-tools") copy the following files to the "Nexus" folder:

You have to extract the Android 4.1 Jelly Bean factory image to the "Nexus" folder, using a program like WinRAR or 7Zip. In this example, as a reference point, I will use the "takju" factory image, which is currently named "takju-jro03c-factory-bf087655.tar".

If you have completed step four, you should have ten files in your Nexus folder (11 if you have the Verizon model) and the "takju-jro03c" folder. If you have a Verizon Samsung/Google Galaxy Nexus and you have downloaded the Verizon factory image you should have one more file, named "radio-cdma-toro-i515.fc04.img" for Android 4.0.4 Ice Cream Sandwich. Once Google updates it to Android 4.1 Jelly Bean it will have a different name and you will use the new name of the file to update your device.

To be able to transfer and flash the files at step number five, which will update the Galaxy Nexus to Android 4.1 Jelly Bean, USB Debugging can be activated from "Settings" -> "Developer options." From there, you can proceed to install the drivers for "fastboot mode." To install the drivers, follow these steps: 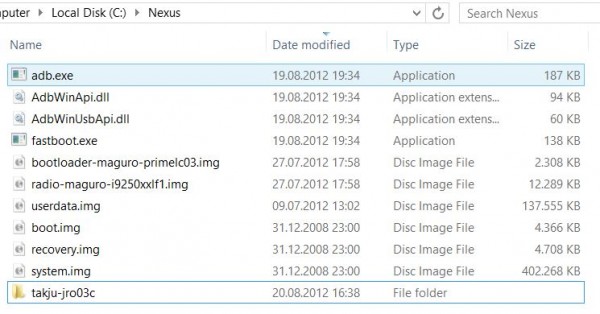 Everything is ready to start the installation process, but to do so a command window must be opened. Windows Key + R opens "Run"; type in "cmd" and the command window opens. Typing "cd C:\Nexus" and pressing Enter sets the "Nexus" folder as the working directory. Now, type in the following commands to install Android 4.1 Jelly Bean:

You can choose to not complete step number 16 and leave your bootloader unlocked. That's up to you to do, but you should lock it back up if you ever plan to send your Galaxy Nexus to the carrier/manufacturer for warranty claims. Leaving it unlocked will be easily noticed and it will void your warranty. But if you lock your bootloader you will lose all the data on your device next time you want to manually update Android because you will have to go through step number two again; leaving it open will make it easier to update next time.

This method will insure future OTA updates for the Samsung/Google Galaxy Nexus directly from Google and it can be used to convert any Galaxy Nexus build, like "jakjuxw" for instance (which I previously had), to the "yakju" and "takju" builds from the factory images available on Google Developers.

I have to mention that the first time I tried to update to Android 4.1.1 Jelly Bean from Android 4.0.4 Ice Cream Sandwich I skipped a step and my Galaxy Nexus was stuck at the "Google" logo. I simply started again and have completed each step; after I rebooted the Galaxy Nexus, Android 4.1  Jelly Bean loaded. It's important to read everything carefully and to go through all the steps. I have used Windows 7 and Windows 8 to update my Galaxy Nexus, so the guide works perfectly even for the latest Microsoft operating system. If Google releases another Android update, by following these steps, you can update to future versions as well.

20 Responses to How to install Jelly Bean on Galaxy Nexus