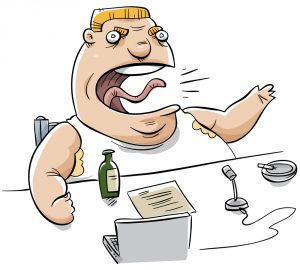 It's like some twisted reality TV show. As we draw closer to Windows 8's official release date, a parade of "D-List" industry luminaries has emerged to bash the product in exchange for their 15 minutes of fame. Names like Gabe Newell, a previously unknown co-founder from the equally obscure software firm Valve, have now become household names among the anti-Windows set. And while their arguments against Windows 8's success ring a bit hollow, the industry media is still eager to lap up every controversial quote.

Lest I be labeled just another kettle calling the pot names, I must confess that I indulged in my share of sensationalist Microsoft bashing back in the day. I made a career out of ripping Windows, first with the Vista debacle and later in the run-up to Windows 7. However, while my whining may have seemed a bit shrill at times, the underlying complaints were always based in fact -- for example, bugs with Vista's Plug & Play implementation that forced me to reinstall the OS and even lose data on multiple occasions.

By contrast, much of the blather surrounding Windows 8 consists almost entirely of opinion and/or speculation. These people are predicting that the new Windows will fail not due to any real technical flaw -- after all, Windows 8 is really just Windows 7 with a new shell, and Windows 7 was technically solid -- but rather because they disagree with some of the design decisions that went into the product's remodeled user interface.

It's sort of like saying that the next generation 3-Series BMW will be a flop because the company rearranged the buttons and dials on the dashboard: You're ignoring the bulk of the machine's positive traits (drive train, acceleration, handling) because the radio tuning dial is now on the other side of the CD slot.

I can only imagine how frustrating it all must be for Team Sinofsky. Here they are introducing a revolutionary new Windows UI designed to bridge the gap between old (desktop Windows) and new (BYOD and/or Tablet computing) and all anyone can focus on is that missing Start button. It's why obscure, sub-D-List (F-List?) blowhards like Chris Delay -- the original "Bedroom Programmer" -- can get media exposure for a game development firm nobody ever heard of (Introversion?) while giving the industry press one more excuse to regurgitate all the previous quotes from the equally irrelevant types who have axes to grind and lips that flap.

When I was pioneering the "Save XP" campaign back in 2007, I had a specific goal in mind: Force Microsoft to address the myriad flaws in Windows Vista. Nobody actually wanted creaky old Windows XP to stay around forever. But it was clear that Microsoft had screwed up by producing a slow, buggy OS in Vista and needed to be held accountable.

Today's anti-Windows campaign is a very different animal. The underlying complaints and proposed solutions run precisely counter to the course that Microsoft has so carefully laid out for Windows 8, a path that acknowledges the reality of the post-PC world we live in and takes steps to address the platform's touch-related shortcomings. If the company were to give in to the naysayers it would blow a golden opportunity to aggressively transition its users to a more modern UI model, one that will help the company remain relevant in the face of a deluge of Apple product and technology wins.

I, for one, am glad the Microsofties held their ground. Win or lose, at least they chose boldly when bold choices were called for. So let the D-Listers whine and moan. Years from now, everyone will still remember the names Steven Sinfosky and Windows 8.