Eight reasons why Windows 8 Is NOT for you 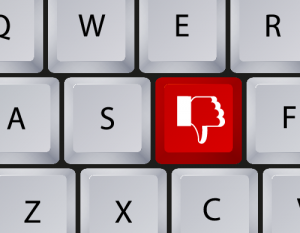 Second in a series. To upgrade or not to upgrade, that is the question. With the public release of Windows 8 following closely around the corner, it's time to sit down and take a good look at what makes Windows 8 a worthwhile upgrade, which is why I've prepared a list of eight important Windows 8 features that shouldn't be the reason for everyone to upgrade to the latest desktop operating system from Microsoft.

Windows 8 is a mixed bag, and it's all because of its new UI -- and there's no escaping the fact that it will always be one of the most controversial features and one of the most debated "benefits" of adopting the latest version of the popular operating system. In all honestly, judging Windows 8 by its new interface alone is like judging a book by its cover, so let's dive a little deeper into the newly added features of Windows 8 and dissect the ones that do not make it a worthwhile upgrade for everyone.

1. Faster, but negligibly so. With all the added benefits one has to wonder: "just how fast is it?" Well, according to the benchmarks the difference isn't substantial in day-to-day use, the performance assessments focusing on differences that will hardly ever be noticed by Windows 8 users that do not use benchmarks.

An extra few points in Google V8 will go unnoticed in terms of browsing experience when modern browsers in Windows 7 are already fast to start with. Boot-up times are indeed much improved, but shaving a few seconds when booting is like starting a car faster; not going to make any real difference unless the user constantly restarts the computer, which commonsense dictates is an unlikely scenario. The same can be said about gaming or multimedia performance, which improves to a point where only benchmarks and timers can pinpoint the difference.

Basically unless you want to squeeze that last tiny drop of performance, you're better off sticking to the version already installed.

2. Windows 8 Store lacks relevance and is immature. The first issue with the store is that it's mainly designed for Windows UI apps, leaving the aquisition of Desktop apps to the developer which makes it look like an afterthought. The second and most important is the insignificant number of applications available through Windows 8 store compared to the plethora of apps designed for the "Desktop Windows" making it just a gimmick until the platform matures; it can take some time to take off which is why a rushed upgrade is a bad idea. Facebook, Google+, Instagram are all missing right now, and these are just three examples off the top of my head.

4. SkyDrive integration only. Microsoft places its own services in the first lines of "assault", which can be viewed as a good thing in terms of added functionality, but at the same time doesn't offer an alternative to the people out there using Google Drive or Dropbox that have already paid for extra storage space on the popular cloud storage providers. Then there is the issue of all cloud data being stored on Microsoft's own servers, which might not sit well with some users as far as privacy concerns go.

6. Multiple monitor support is only useful to some. Because let's face it, this does not target every Windows user like some of the features do. It has a limited applicability because of the obvious hardware requirements and having the ability to separate the new Windows 8 UI from the Desktop on two separate monitors is not necessarily important when the old Desktop did just fine before. A similar functionality exists already that allows to separate working spaces on multiple monitors; this is just as good when there are not two different interfaces to play with, but just the older Desktop.

7. The new ribbon desktop interface is different, but not necessarily improved. A few months ago Microsoft decided that an Aero-like look a la Windows 7 is not worthy of Windows 8 and accordingly has removed all transparency effects from the desktop interface. The change was made for the sake of using less resources, directly benefiting tablets not desktops. It's not necessarily better looking and it certainly doesn't provide extra functionality over the older Windows Explorer which is important when defining the term "upgrade." Same functionality, just the look is different.

8. Windows 8 UI has a higher learning curve and makes simple operations more complicated. A good example of how the new UI makes Windows 8 seem unintuitive is power options, as performing simple operations like shutting down the computer is for some reason more complicated to do than it was with Windows XP or Windows 7. This is just an example of how the learning curve in Windows 8 is higher than with any other desktop operating system to come from Microsoft. Then there is the confusion added by a separate interface. Pressing a button switches from Desktop to Windows 8 UI and vice-versa, which will only encumber inexperienced users that were used to a single place to conduct all operations.

Windows 8 is not for everyone and it might not even be for you, so why not think it through? It's easy to get swooped by "new features", but what happens if the new features don't bring anything new to the table and only give you what you already have and need? Right now as it stands Windows 8 is just an early adopter exercise with plenty of the benefits being nullified by its infancy, which is why rushing into upgrading can be the worst decision you ever made.