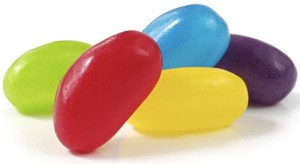 CyanogenMod 10 is one of the most popular Android 4.1 Jelly Bean custom distributions available today, but keeping up with all the nightly releases can be time consuming, which is why the team behind the project announced the rollout of the M-Series build -- releases of CyanogenMod 10 that will be available at the beginning of every month.

CyanogenMod team wants to offer more stable builds on a timely manner, that is a departure from the ever present CM10 nightly builds that can vary in quality from one release to another. A code freeze was announced, blocking new features and focusing instead on stability that is of utmost importance for a build designed to work for a month and be adequate for daily use. They will still be labeled as "experimental" considering that at their core they still come from nightly builds.

The list of supported devices momentarily include the following:

New devices will be added to support CyanogenMod 10 M1, but there is no indication as to when that is going to happen. The M1 builds can be downloaded from CyanogenMod Downloads and are labeled accordingly with an "M1" at the end of the filename.

One Response to CyanogenMod 10 M1 -- first monthly release -- is available