You're living in post-PC denial 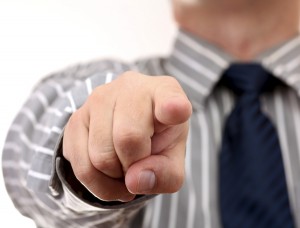 Talk about your bitter clingers! Here I am, minding my own business, just writing about my experiences using an Android tablet, when out of the woodwork comes this wave of angry post-PC deniers. I mean, the level of rage on display is unreal. You'd think I walked into a Steve Jobs memorial service wearing an "I love Android" t-shirt or something!

For those of you who missed my earlier post, I noted how pleased I was with the outcome of my own post-PC experiment. I wrote how, with the right supporting peripherals, I could be perfectly productive on even a cheap Android tablet -- like my trusty Acer Iconia Tab 200. In fact, I was so impressed with the results that I declared being done with laptops forever. I would literally never buy another traditional laptop PC.

Well, I must have blasphemed or something, because the nastiness came hot and heavy from the anti-post-PC crowd. First, there were those who said I was in denial. That the fact that I used an external keyboard and mouse while writing on my tablet showed that I was simply replicating my laptop usage model, only with a less integrated bundle of peripherals instead of a fully-integrated laptop computer.

Well, duh! I never said I wanted to change my normal workflow to fit a particular device. Rather, my point was that I could successfully reproduce my workflow process -- which is, after all, the whole point of using a computer in the first place -- on my cheap, highly portable Android tablet.

The fact that I occasionally (and quite easily) attach a mouse and keyboard to my Iconia Tab in no way diminishes the fact that this device is not a PC. After all, while I can attach a keyboard and mouse to my tablet and immediately improve my input speed and accuracy, I'd be hard pressed to remove the keyboard and track pad from my daughter's Dell laptop (hacksaw?) for those times when I want to take my computing environment in the car with me to check email and perhaps use it as a GPS.

My point is that the tablet form factor gives me options -- and I like options. I like the flexibility of being able to sling my tablet into the seat-back pouch of my (now classic) first-gen G35 sedan and just pull it out for a quick nav check or email update while munching on a double quarter-pounder outside McDonalds. Compared to using an ultrabook, the tablet form factor is eminently more comfortable to operate in tight spaces. And I can easily tote the thing around with me as I shop with the wife or watch the kids at the park. No matter how ridiculous those HP ads get with their spinning, flying, flopping ultrabooks (I wouldn't want to be that kid's parent!), they're simply not as portable or convenient as a tablet.

Then there's the "Photoshop" crowd. It seems like every time I write about the latest minimalist computing platform -- whether it be a netbook, a tablet or even a VDI-on-a-stick solution -- there's a group of computing traditionalists who try to rain on my parade by pointing out all of the heavy hitter PC applications that won't run on my device du jour. It's like some bizarre Swedish locker room scenario where everyone's comparing the size of their hard disks! And they all seem to run Photoshop, or Autocad, or Chrome with 50+ browser tabs open! While compiling their kernels! And playing World of Warcraft at 1920 x 1200 pixels!

I could get nasty and start dissecting the psychology of some of these claims (Oooh! That's an impressive set of quad cores you've got there, Sven!), but suffice to say that anyone who needs to defend their hatred of the post-PC phenomenon so voraciously is in their own form of denial. I say come out of the wiring closet already and just head straight to your nearest Best Buy or Apple Store. You'll thank me for it.

Finally, there were those who called me a cheapskate for driving around like a "Wi-Fi beggar" looking for free hotspots. But my thinking is why pay for a data plan that I'll almost never use? And do you people really want me to believe that you don't try to save your precious allotted LTE gigabytes by grabbing some free Wi-Fi whenever possible? You'd have to be an idiot not to!

Bottom Line: There seems to be a great deal of hostility among the traditionalist rank and file towards anything post-PC-related, and I'm not entirely sure why. Perhaps its a lack of understanding -- they fear what they can't comprehend, namely, that some people have actual lives outside of the technology bubble.

Or maybe it's just closed-mindedness. There certainly seems to be a lot of that going around lately. Here's hoping that the voices of sanity and reason win out over those who choose to hate what they cannot understand.

41 Responses to You're living in post-PC denial