Google, Acer and the joke that is the Open Handset Alliance 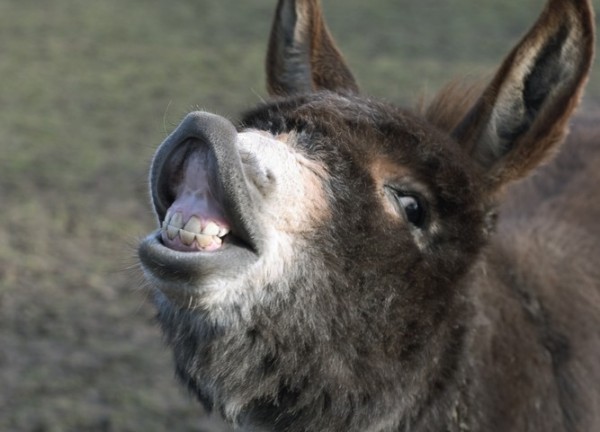 Google is the center of a controversy about Acer's cancelled Aliyun OS phone launch, and there is seemingly no end to punditry about the search giant applying pressure, possibly even making threats. At the end of the day the whole mess has very little to do with whether or not Google is tightening its leash or if the issues at hand are all about piracy, as Google Android chief Andy Rubin claims.

At the end of the day it is difficult to remember that while Android is open, Google's products and services are not. Aliyun represents more than Android fragmentation or some vague underhanded wave to app piracy, however, and for some reason the core of the issue here isn't being addressed. In a world where Google has the ability to dump its latest and greatest into Motorola -- the search giant's shiny new hardware department -- Acer looked for a way out. I'm sure it's not alone. In fact, I would expect similar responses from smaller Android OEMs like Huawei or Kyocera in the future. These companies will all look to do the same thing, which is to differentiate themselves from the rest without drifting too far from the mothership. In this case, the mothership being the OHA.

The Open Handset Alliance has accomplished some really fantastic things together. Cooperation within those participating companies helped ensure that MicroUSB is a standard, for example. The group allows participants to work together to lower the overall cost of building devices, and the relationships forged from that alliance led to some really great gadgets.

The official bylaws of this alliance aren't publicly available, but Rubin made one rule abundantly clear in response to the cancelled Acer launch controversy. Unfortunately, instead of the OHA responding as a group when these bylaws were violated, Google took action alone. There's no answer yet as to why the whole of the OHA didn't meet privately with Acer to discuss things, and I doubt we will ever know if it does happen. Why? Because at the end of the day the OHA is little more than a group of companies that would rather work with Google than against it.

Open by Whose Definition?

Google was directly responsible for organizing the Open Handset Alliance. If you take a look at the OHA website, it's all about Android. It's like these companies came together and willed Android into existence.

But Android's not the only open game in town anymore. Today, we've got Mozilla's Boot to Gecko Project, Tizen, and HP's recently open-sourced WebOS. As it stands right now, none of these other operating systems are involved in the OHA, and the companies that support them aren't part of the alliance either.

If you look at the OHA as Google's own private assembly of compliant companies, recent events start to make a little more sense.

From all the good that has come from these companies cooperating together, there's now a pretty substantial lock in that smaller OEMs will struggle to deal with. If Acer were to leave the OHA and fully pursue an Aliyun phone, the consequences would likely stop the project dead in its tracks. Acer's bill of materials and time to market would increase, since the manufacturer would no longer have access to all of the companies that helped to begin with. Sure, Acer likely will maintain a handful of these relationships, but at the end of the day there's nothing stopping these companies from snubbing Acer for leaving the club.

Acer isn't a founding member of the OHA. In fact, the company joined back in 2009 and not another OEM has joined since. Acer's phones have been met with limited success internationally, but here in the United States the product portfolio isn't well-received. After canning the Aliyun-based phone, Acer now has to go back to the drawing board and put together a whole new launch for what will no doubt be another Android phone to add to their portfolio.

With 22 other OEMs in the Open Handset Alliance, and very few of them with terribly successful Android devices, I doubt this standoff with Acer will be the last time we see Google's forceful influence. Google was able to defend this Acer business because Aliyun is clearly in the wrong. Things do need to change though, and unless Google points the OHA in a direction that is more accepting of the other open-source offerings in the world today, I see a very sharp decline in the overall opinion of Google as a champion of Open.

5 Responses to Google, Acer and the joke that is the Open Handset Alliance