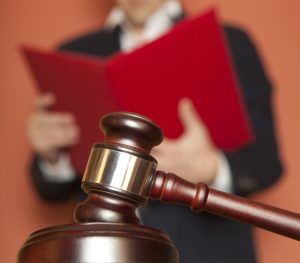 Apple today lost an appeal against the UK ruling that found rival Samsung's Galaxy Tab did not infringe its design rights. The original case, in which Judge Colin Birss declared Samsung’s tablets were not cool enough to be confused with the iPad, found in favor of the South Korean company and ordered Apple to publish a notice on its website and in various print titles (for a minimum of six months), informing visitors and readers that Samsung did not copy the design of Apple’s tablet.

The Court of Appeal’s review of the case upheld this ruling, meaning that Apple must comply with the original order. And just for a little additional salt/wound rubbing, one of the three appeals judges, Lord Justice Kitchin, stated that the typeface used in the notices must be no smaller than 14 point Ariel.

We welcome the court’s judgment, which reaffirmed our position that our Galaxy Tab products do not infringe Apple’s registered design right. We continue to believe that Apple was not the first to design a tablet with a rectangular shape and rounded corners and that the origins of Apple’s registered design features can be found in numerous examples of prior art. Should Apple continue to make excessive legal claims in other countries based on such generic designs, innovation in the industry could be harmed and consumer choice unduly limited.

Another of the appeal court judges, the iPad owning Sir Robin Jacob, said of the ruling: "Because this case (and parallel cases in other countries) has generated much publicity, it will avoid confusion to say what this case is about and not about. It is not about whether Samsung copied Apple's iPad. Infringement of a registered design does not involve any question of whether there was copying: the issue is simply whether the accused design is too close to the registered design according to the tests laid down in the law. So this case is all about, and only about, Apple's registered design and the Samsung products".

In the United States, Samsung is currently appealing the outcome of the high profile copyright case in which Apple was awarded almost a billion dollars in damages for patent and design infringements against the iPhone.