If you're looking for Windows 8 PCs, don't shop Microsoft Store 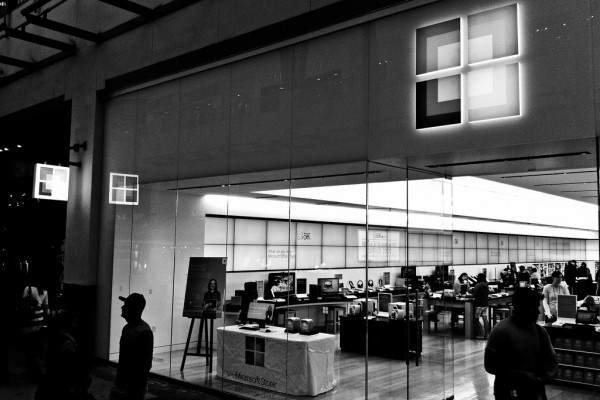 I simply don't know what to say. Some things are so perplexing, so exasperating no description makes sense. In writing a story about Windows 8 PC deals, I naturally called several Microsoft Stores. None have systems for sale. Same goes for the company's online shop. It's ore-order only, baby. What the frak?

I have to wonder what that indicates regarding the company's realistic expectations about Windows 8 PC sales. You can buy a Windows 7 system in store today and get 8 Pro for an extra $14.99, one associate told me late this morning. Perhaps it's all about Surface RT tablets, which you can buy at Microsoft Store.

But get this! The recorded message for my local shop says that Windows 8 launches October 26 but the store will open at regular hours (10 am). "Apple"s new iPad and iPad mini launch on November 2nd, and stores will open at 8 am". I didn't add the emphasis, BTW. So what does that tell you?

9 Responses to If you're looking for Windows 8 PCs, don't shop Microsoft Store