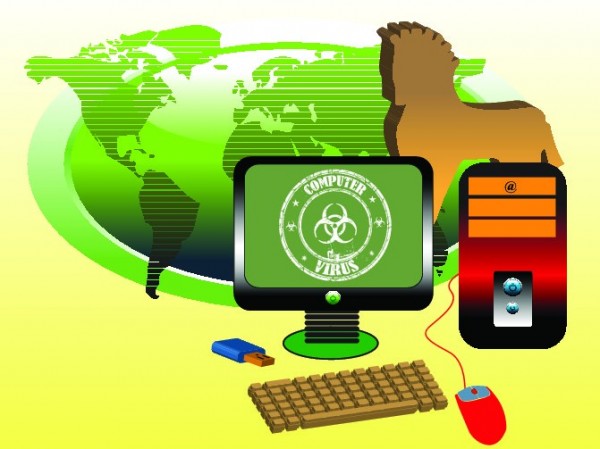 Symantec asked hundreds of its experts for their thoughts and opinions on what the biggest security threats will be next year -- assuming we all survive the Mayan apocalypse on December 21, of course -- and boiled down the results into five predictions.

The first threat to make the list is cyber-conflict, which Symantec sees becoming the norm. "Conflicts between nations, organizations, and individuals will play a key role in the cyber world", it says, envisioning a lot of sabre rattling, and countries and hacktivist groups using cyber-tactics to make a point and "send a message".

Cyber-conflict is something that’s been happening for a while, and personally I don’t see it becoming any more widespread, just continuing as it has been. Hacktivists will likely continue to attack high-profile targets, generating a disproportionate amount of press coverage, and nations will get better at hiding their espionage methods. I can’t see lots of countries suddenly openly admitting to engaging in cyber-conflict next year, as all that will do is invite everyone with a computer and some knowhow to retaliate.

The second prediction is ransomware becoming the new scareware. My PC actually got infected with a piece of this nasty crap earlier in the year, and while it took me a good few minutes to get rid of the pest, the less technically astute likely wouldn’t have a clue where to start and might find paying the demand the easiest solution. As Symantec says: "As it is no longer necessary to con people into handing over their money, we can expect the extortion methods to get harsher and more destructive".

In prediction three, Symantec sees "madware" (mobile adware) becoming a much greater threat, observing that, "In just the past nine months, the number of apps including the most aggressive forms of madware has increased by 210 percent. Because location and device information can be legitimately collected by advertising networks -- as it helps them target users with appropriate advertising -- we expect increased use in madware as more companies seek to drive revenue growth through mobile ads". It’s a safe bet this’ll be the case, but there’s a simple solution to staying safe. Don’t install crap on your phone/tablet.

For prediction four, Symantec chooses the monetization of social networks, because it will introduce new dangers. As sites like Facebook add paid elements -- such as real gifts and gambling apps -- so cybercriminals will look for more ways to steal payment credentials. Symantec also warns against the sharing of non-financial information that can be used to steal your identity or gain access to other accounts. A friend of mine refers to this kind of threat, somewhat harshly, as the "moron tax".

"As users shift to mobile and cloud, so will attackers" Symantec says, in the final prediction. This is a valid point. As more and more content gets shared in the cloud so attackers will target mobile platforms and cloud services to get at it. The security firm also highlights the risk of BOYD in small businesses and enterprises, stating, "As unmanaged mobile devices continue to enter and exit corporate networks and pick up data that later tends to become stored in other clouds, there is increased risk of breaches and targeted attacks on mobile device data". Symantec sees eWallet technology becoming more of a target too.

So what do you think of Symantec’s predications? Common-sense, scaremongering, or insightful, timely warnings? And do you have any predications of your own to add? Leave your comments below.