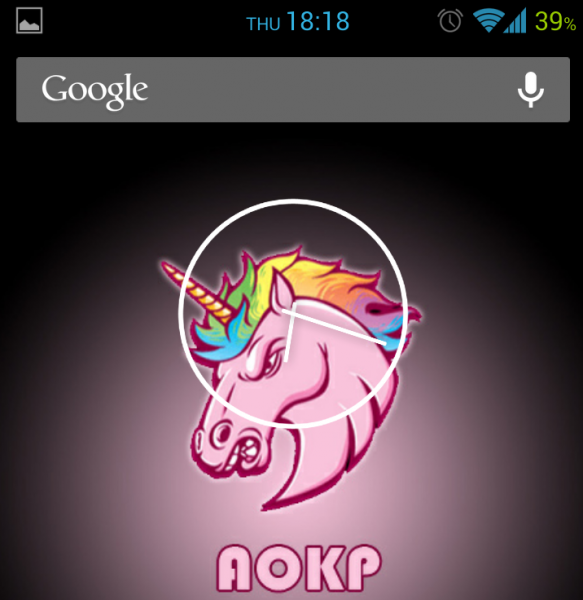 AOKP is one of the most popular names in the Android modding community, gathering more than 180,000 installations in the past couple of months. The team released the latest build -- Jelly Bean Milestone 1 -- two weeks ago, so let's take a look and see what all the fuss is about. Straight off the bat I have to warn that you might see some pink unicorns around. Don't worry, they don't bite unless provoked.

Before we begin I have to mention that since I installed AOKP Jelly Bean Milestone 1 (catchy name, don't you think?) Android 4.2 popped up on the horizon, which I ran shortly after. In my review of the second Jelly Bean iteration I made a number of comparisons with popular custom Android distributions, only to realize that the stock version was the least inspiring upgrade that I performed in the past couple of months. Why? I simply missed my AOKP ROM, because in so many ways it's more suited for an enthusiast like myself.

AOKP builds on Android 4.1 Jelly Bean's lockscreen by providing extra information without unlocking and scrolling for widgets. What I find useful and have enabled straight from the start are battery status, calendar entries and weather information, on top of extra lockscreen targets.

I'm a bit of a control freak, and heavy user at the same time. By having the battery info on the lockscreen I can simply glance and tell if it's time for my Google/Samsung Galaxy Nexus (on which I base this review) to meet the charger or keep those two apart for a few extra hours.

I rarely remember a friend's birthday. But I always use my phone. So I synchronized my Facebook calendar with the one from the Google account, so I can select it to appear on the lockscreen. Pretty neat, I don't have to waste time on Facebook anymore (where most of my friends do spend theirs). If there are more events in a single day they can alternate at a set period of time.

Weather information I honestly don't find overly important for my lifestyle. I can simply open a window to get a feel for the weather but it looks nice on the lockscreen and I can tell the min/max temperature without using another service (info comes from Yahoo Weather).

Because I want to use an app straight after unlocking (like Phone while on the go) I add it as an extra lockscreen target. It works just like you'd expect -- instead of the standard three that Jelly Bean offers Milestone 1 allows to have eight. Plenty of apps can be added, even bookmarks if you like easy access to a favorite website (BetaNews, of course).

Among the most useful additions to Android is a battery percentage (Google, why do you have to make it so hard?) in the status bar. What I like most about AOKP's implementation is the choice between various types of indicators from a nice circle, basic icon (or with text) or a simple percentage. The latter is the easiest to read of all, and the one I prefer.

If you're into exact numbers AOKP also allows to display the cellular and Wi-Fi reception as text or dBm, instead of plain bars. Or simply hide them if you like surprises. I don't, and I prefer them stock.

One tweak that makes the status bar less convoluted, which I appreciate especially when I have blurry vision, the central position for the time indicator. I noticed that with time it seems rather odd to group all the indicators on the left side of the status bar, and now appreciate the fine change.

AOKP has an interesting feature that I did not encounter in any other major distribution, even in CyanogenMod 10. At the top of the Recents menu there is a RAM indicator, which I personally consider a gimmick most of the time. But it's useful to determine if there are too many running apps.

There are many more available options, including AOKP's own wallpapers (pink unicorns among them), widgets (easy access to a number of tweaks) or theme manager. But suffice to say, it's one of the most customizable Android distributions that I use.

In AOKP Jelly Bean Milestone 1 most tweaks are available from a single menu named ROM Control. There lies Performance. Like the name might suggest it allows to improve the speed of your device mostly through overclocking.

On top of it, voltages, IO Scheduler and governor can be tweaked as well depending on personal preference and hardware limitation. But what really caught my eye is a scheduler for daily reboots.

As an example, if you want a clean slate (no residual apps running) each morning when going to work you can schedule AOKP to reboot right before waking up. But scheduling is nicely implemented in another area where I think it will be more appreciated. 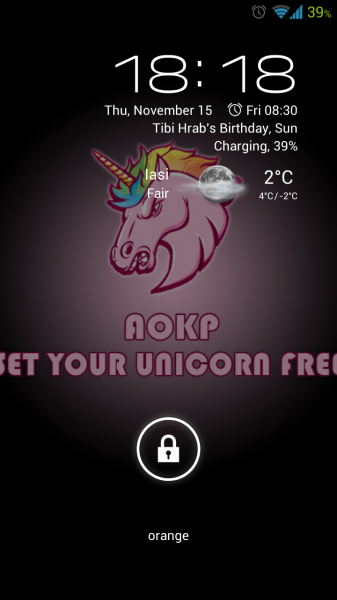 Just like CyanogenMod 10, AOKP Jelly Bean Milestone 1 allows to set up "Quiet Hours", where any sound (except call ringtones) can be muted within a certain time frame. That's useful especially when there are a ton of incoming emails or various messages, and you forget to turn it to silent.

One of the main problems that I read about related to the Galaxy Nexus concerns the display. Some people find that it has a yellow tint. If you're someone who wants to fiddle with color setup then there's always Color hack presets waiting.

Since AOKP is designed to run with custom kernels there is a nifty toggle which I like. Called "Fast Charge" it drains more power from the USB port in order to charge up the battery in a shorter period of time (you saw this coming). Now if you're like me and never use a wall charger this will likely be appreciated.

Speaking of toggles, AOKP has a fairly extensive selection, like Wi-Fi, GPS, 2G or Fast Charge as I previously mentioned. They can be customized to show an icon, text or simple slider with On/Off indicator like similar ones in Android. On top of it toggle and text color or background and indicator transparency (alpha) can be modified as well.

There are some features that I simply don't need but I find rather interesting and end up using anyway. That happens with custom vibrations. Within ROM Control there is an app (if it can be called that) which allows to record vibrations simply by tapping.

They can be saved into presets and used for all apps that allow to set up vibrations (like Gmail, Messaging or Phone). I like my Galaxy Nexus to vibrate in S.O.S. Morse code (comes stock with the custom ROM, by the way).

Then there is LED Control, which I use to set up the notification LED. The On/Off times can be configured, as well as color and both can be assigned per individual apps as well. The LED can be set up to always stay on while charging and light up when the screen in active as well. You're going to check that notification right away or else...

Flip the phone to silent call? You can do that, but it can just as well turn itself to mute or vibrate after flipping the device over on its front. That's rather cool in my book, especially for a custom ROM.

Granted, AOKP is not perfect and has its kinks. I'd like to set the brightness using a toggle instead of a slider, or have a third-party launcher like CyanogenMod has, which lets me disable the ever-present search bar. But it doesn't have either of those features. That's OK because flaws are loveable, too.

I've grown to like certain things about AOKP Jelly Bean Milestone 1 that I can't simply go back to Android 4.2. There are too many features missing that I use every single day, and not a single one that I want and AOKP does not have.

It's not perfect, but it's better than Android 4.2 for me -- and that's saying something.