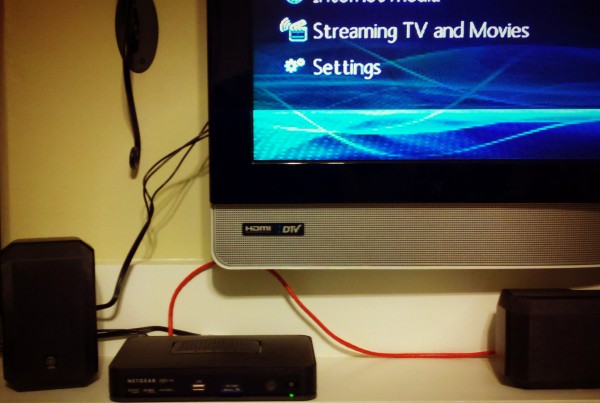 The year has almost passed and that makes it a great time for reflection. Of course, I have thought most about my family -- what we did in 2012 and our plans for 2013. I have thought of household repairs and projects planned for the coming year, goals I would like to attain, but I also considered what technology I used the most and the changes I made.

My colleagues and I plan personal tech retrospectives. I'm first up.

Unlike some users who have made the switch to a Chromebook as their full-time device of choice, I simply made a smaller switch -- from Firefox to Chrome as my web browser. The transition is easy since you can import every bookmarks. And, thanks to Tab Cloud, I could even bring my tabs along for the ride.

While I still use Tab Cloud, I also love the sync feature that allows me to seamlessly switch between my desktop and laptop computers at any moment.

When I worked in IT I used Windows Mobile. It was clunky and apps were scarce. When the company opened things up a bit I immediately graduated to Android, choosing a Motorola Droid X. This year I upgraded to the Samsung Galaxy Nexus -- it is not the newest Google Phone anymore, but I have not stopped loving it. And, unlike Joe Wilcox, I don't buy every new device to hit the market, although I wish I could, but a wife stands in the way of those investments.

I am still using my trusty Gateway NV55S02u that I purchased in late 2011. It isn't shiny and new anymore, but nor is it outdated. With 500GB HDD, 4GB of RAM and quad-core AMD processor it is still more than I need. In fact, I am writing this post from the laptop. I do have to admit though that the Samsung $249 Chromebook calls to me.

In fact, for Christmas this year we gave our daughter the cash to buy that Chromebook. We wanted it under the tree, but Google and Samsung could unfortunately not deliver, giving only "out of stock" messages everywhere.

Perhaps the biggest move I made this year was the one from Windows 7 to Windows 8. It was a major change to an OS with a much different user interface.

I elected to use Windows 8 as-is. No adding a Start menu via third-party software. I wanted to see how it worked out-of-the-box as many new users will experience it.

I have to admit that I honestly do not miss that Start menu. In fact I have grown accustomed to the Charms bar and the new ways that the OS provides for access to my apps. While I have reviewed plenty of replacements for that lost feature I have uninstalled each upon review completion. They simply are not needed.

I do however use one third-party app -- QTTabBar, which adds tabs to Windows Explorer.

I was an early beta tester and big proponent of Google Music. Thanks to its terms of service that counts songs instead of storage space I was able to upload more than 8 GB of music and still have room to spare. Now I stream that music to my phone while I work. In fact, I can stream it wherever I go and use zero storage space on my device. I do wish the company would improve the interface a bit though. It appears a bit dated for something so new.

Back to Microsoft again. I have to admit that I have fallen in love with Office 2013. The suite is not tremendously different from the 2010 version, but there are enhancements like the new Start screen. The ribbon menu has been tweaked and improved as well. This is one piece of software I am greatly looking forward to when it leaves beta and hits the market in early 2013.

I have an HTPC running Windows 7 with Media Center set to open on startup. While I love it, I have found myself increasingly using the Netgear set-top box. Both are hooked to our living room TV with audio fed to a Yamaha 5.1 A/V receiver.

The NeoTV interface is not flashy, but it is smooth and easily controlled by the remote. It also plays .ISO files natively, which is my preferred way to rip our DVDs to preserve all information, including menus and extras.

Two things is not much, but we don't know much of what is coming yet either.

For now, while I love the aforementioned Netgear NeoTV, I plan to pick up my first Google TV after the holidays are over. As of now, I am leaning towards the Vizio Co-Star, but that choice is subject to change.

I also pre-ordered an Ouya box. The new Android game console, which is due to ship in March or April. While I am looking forward to this little box, my son is on the edge of his seat in anticipation.