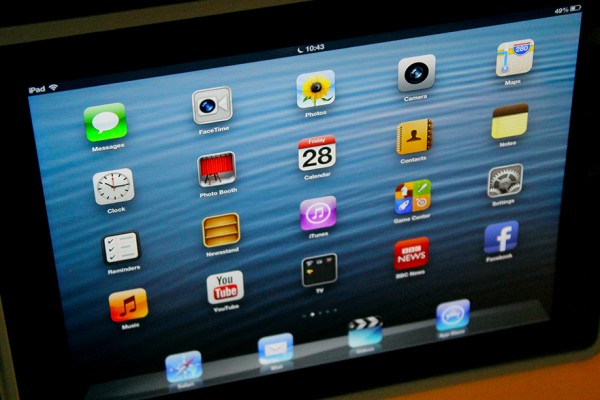 To paraphrase Ferris Bueller, "Technology moves pretty fast. If you don't stop and look around once in a while, you could miss it". Smartphones and tablets are being updated, iterated and replaced so quickly these days. Take the iPad. Apple rolled out a new version in March, and then replaced it with a faster model in November. You’re never at the cutting edge for long, so you need to enjoy that moment while you can (not that it really matters if your tech devices are a generation or two behind, of course -- so long as they work and do what you need them to).

Not much changed for me, browsers-wise in 2012, really. I’ve been using Firefox as my primary browser since the days when it was Firebird, and I've relied on Chrome as my secondary browser since it launched. I use Safari on iOS, just because it’s there. However, I have found myself using Chrome more and more. I recently added Google’s browser to my iPad, and I expect 2013 will be the year when I finally make Chrome my primary choice, purely for ease -- the ability to sync everything between browsers is a pretty big draw.

I used to own an iPhone. When I switched to the Samsung Galaxy S II (later replacing it with the S III), I wanted to still be able to access all of my favourite iOS apps, so I bought an iPod touch, then an iPad 2, then a newer iPod touch. This year, I replaced my iPad 2 with a 4th gen iPad -- which I love -- and updated all of the compatible devices to iOS 6 -- which I mostly like. There are elements of the new operating system I’m not keen on, Apple Maps being the obvious choice, but the card system in the App Store annoys the hell out of me too.

Like a lot of tech journalists, I made the switch to Microsoft’s new OS full time once it was released, having dipped in and out of the preview releases as and when required. I’m not a fan of Windows 8, but I’ve learned to tolerate it. I still have Windows 7 installed as a dual boot, but I rarely use it now. I do however, have Ex7ForW8 installed on Windows 8, and I use that more than I probably should.

Windows 8 has grown on me, and my short-lived experience with Surface made me like it just that little bit more. I think if I went all-in with a Windows 8 PC, Windows RT/Windows 8 Pro tablet, and Windows Phone 8, I’d enjoy the benefits immensely, but that’s never going to happen.

I’ve always been an ad hoc Linux user. My job requires me to write about Windows -- the OS and the software I run on it -- so switching to another operating system full time is not a realistic proposition. I do enjoy Ubuntu though, and have it running on an aging laptop that I use, on average, once a week or so. I actually have two laptops -- as well as the Ubuntu one I have a second, slightly newer device running (you’ll like this) Windows Vista! I kept the original OS on it for work reasons, and never got around to upgrading. It will finally be swapped for either Windows 7/8 or Ubuntu in the next few days or so.

Although I like everything about my smartphone, the truth is I don’t use it as a phone all that much. The problem I have with it is I work in a basement office at home, and get a very poor signal. If someone calls me on my mobile, I have to hotfoot it upstairs or risk the call cutting out. Most people who call me know this, so usually contact me via other means -- landline, email, Skype/FaceTime.

Although I can say what I want right now, it doesn’t necessary mean that’ll be the tech I get. There will likely be some good launches in the coming year, and I’ll no doubt covet one or more new devices over the tech choices currently available.

I’d definitely like a Kindle Paperwhite. Although I have a Kindle, I’d prefer a model that makes it easier for me to read in the dark. While I can, and do, read on my iPad, I prefer reading on an E Ink screen.

I’d also like a Windows 8 Pro Surface tablet. But I don’t think I’ll get one. Although I’d get a lot of use out it -- possibly even more use than I get out of my iPad -- I don’t think it’ll be enough to justify the cost.

I remain, as ever, tempted to get a MacBook and will likely upgrade my smartphone to a newer model, but haven’t decided if I want to go back to an iPhone, or upgrade to whatever new device Samsung rolls out.

I will, without question, finally be getting a Raspberry Pi.

Stay tuned for more posts from BN writers about what each of us used this past year and let us know in the comments below what tech you liked/disliked and used most throughout 2012.