To get ahead, Apple must leave Steve Jobs behind 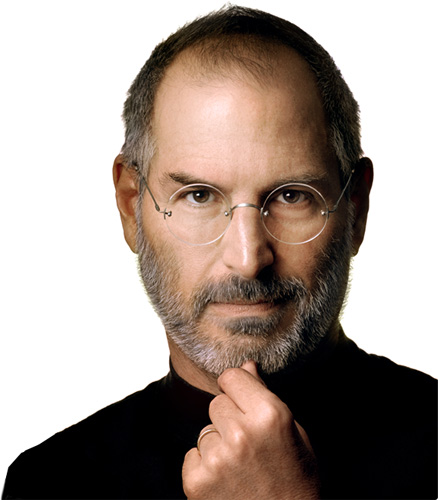 Second in a series. My last column looked at Apple’s immediate challenges in the iPhone business, while this one looks at the company’s mid-to-long term prospects and how best to face them. The underlying question is whether Apple has peaked as a company, but I think the more proper way to put it is how must Apple change in order to continue to grow?

Even as some analysts are downgrading Apple based on reported cancellation of component orders, saner heads have been crunching the numbers and realized that Apple still has a heck of an iPhone business. So if you are a trader I think you can be sure Apple shares will shortly recover, making this a buying opportunity for the stock.

I deliberately don’t buy any tech shares, by the way, in order not to be influenced or tempted to influence you.

The one bit of advice Steve Jobs gave to CEO Tim Cook was to not ask himself  "How would Steve do it?" That’s the Walt Disney quandary that Jobs looked to as an example of how companies shouldn’t behave following the death of a charismatic founder. But I think in the case of Apple it goes further than that, because the company is approaching the point where doing it the way Jobs would have -- if that knowledge can even be conjured up -- probably isn’t anymore the best way for Apple.

The Steve Jobs technique is to grow the company by entering new markets with brilliant solutions, creating whole new product categories. Apple’s emerging problem is that there are fewer such markets to be entered just as it is harder to create products that are obviously and compellingly superior. While this is Tim Cook’s problem it would have been Steve Jobs’s problem, too, had he survived.

When Jobs returned to Apple in late 1996 (and became interim CEO in 1997), he was faced with fixing the company’s financials and rationalizing its product line. Apple had no real product strategy in those Sculley/Spindler/Amelio days and simply made too many things. So the first couple years were spent doing the obvious chores of cutting the company and its product lines down which inevitably yielded better gross margins.

Once he had the company reorganized and ready for action Jobs attacked the market with innovative new products. The first of these was the iMac, a thoughtfully done all-in-one computer. The iMac wasn’t earthshaking but it didn’t have to be. It was elegant and simple and created a new product category, which was the whole point. Jobs’ answer to almost any challenge was to create a new product category.

Now here’s an interesting aside. I read a product review just yesterday of Apple’s newest iMacs saying that as a value proposition the 20-incher isn’t as good as Windows-based all-in-ones from some other companies. I don’t know if this is true or not, but what I find noteworthy is that it took 13 years for such a review to appear.

Let’s take this iMac issue a little further, because I think it is a great example of where Apple’s biggest challenge lies.  If the 20-inch iMac isn’t notably superior to competing Windows all-in-ones, why is that? It’s because as products and underlying technologies mature it becomes harder and harder to be obviously better. In the case of these iMacs there’s a physical design, processing power, storage, and of course the operating system and applications. The new iMacs are incredibly thin, but what if they were already thin enough? They have massive processing power, but unless you are editing video who would know? The Fusion Drive (if installed) is fast, but SSDs are an option on most Windows all-in-ones. And where’s the Apple touchscreen? I don’t think anyone is arguing that Win8 all-in-ones are better than the new iMacs, but a lot of people would argue that they are better for the money.

This is the first part of Apple’s core challenge: it’s increasingly harder to be demonstrably better within a mature product class. A friend recently cited a similar example in the high-end audio market where new technology has also resulted in a similar leveling at the expense of high end suppliers. The actual difference in sound quality between a high-end preamp for $25,000 and one for $2,500 (or even $799) is much less than it used to be, so why buy the expensive stuff?

Computing technology is doing the same thing.  Apple raised the bar and the competition has been forced to bring their A game.  In the process there is a certain diminishment of cool as even a grade-schooler can have a smart phone or a tablet.  Now what? Apple has elected to back away from the pro market and concentrate on consumers.  Computing has become ubiquitous.  I’m not altogether sure even Steve himself would have had a magic pill in this market.

As an example let’s consider the Apple TV, which continues to be classified by Apple as a hobby — a tacit admission that the category simply isn’t big enough to be strategic. Yet Apple has sold seven million of the little boxes, illustrating how scale has changed at Apple.

The Problem of Scale

Scale is the second part of Apple’s core challenge. Anything the company does has to scale massively or it will be a drag on sales and earnings. We can see Apple play this out in its internal silicon development, which is the best (and highest margin) way for them to achieve hardware scale. Though Apple doesn’t sell chips in the merchant market, by making its own Systems On Chip the company is revolutionizing each of its product categories from within.

Scale also comes from building an ecosystem around products. iTunes is an example of that for music and video. Apple makes money on the content but the content also builds demand for hardware. It’s a win-win. If Apple enters the TV market as rumored, it can only happen with a massive expansion of iTunes or some new content distribution strategy to give Apple a big chunk of what would otherwise be TV network and producer revenue.

With Apple the size it is now, new product categories not only have to scale, they have to come with scaling already attached.

So where Jobs would have not worried so much about the atrophy of old product categories, choosing instead to simply invent the next big thing, at the scale where Apple operates presently there are fewer categories and those categories can’t reach their potential without sure-fire associated content strategies. This is Tim Cook’s challenge.

The good news for Apple fans is that the company surely has one or more new product categories yet to introduce. Jobs was working on something before he died. So we’ll undoubtedly see at least one more thing. And because Apple has so darned much money and Tim Cook has to think about his legacy, too, there’s the very real possibility that Apple will simply pay to make the content scaling issues go away.

By this I mean that the exact same techniques Apple has used with such success dealing with component suppliers could be used with content suppliers, too. Apple gets the best flash EAM prices, for example, by buying in huge volume and pre-paying for products. This also makes Apple immune to component shortages. What if they did the same thing with television? $10 billion in pre-orders for shows and movies would secure Apple’s content pipeline without any anti-trust concerns with minimal financial impact on Cupertino.

So the best days could well be ahead for Apple. But that can only happen if the company is ready to well and fully leave Steve behind.

20 Responses to To get ahead, Apple must leave Steve Jobs behind